After dazzling the fans with ‘Drunk-Dazed’ from their last EP Border: Carnival, South Korean group ENHYPEN (Jungwon, Heeseung, Jay, Jake, Sunghoon, Sunoo, and Ni-ki) is back with yet another musical offering. This time, the group is back with their first full-length album Dimension: Dilemma. The album consists of 8 tracks, including an intro and an interlude. The interlude leaves the album open-ended, thus hinting at the next musical release. The group’s previous release Border: Carnival concluded the Border series and with Dimension: Dilemma, a new chapter in their musical journey begins. The group teased the album with three different concept photos, namely Odysseus, Scylla, and Charybdis. Each taken from Greek mythology, the concepts reflect the septet’s attempt at claiming their youth and dreams. 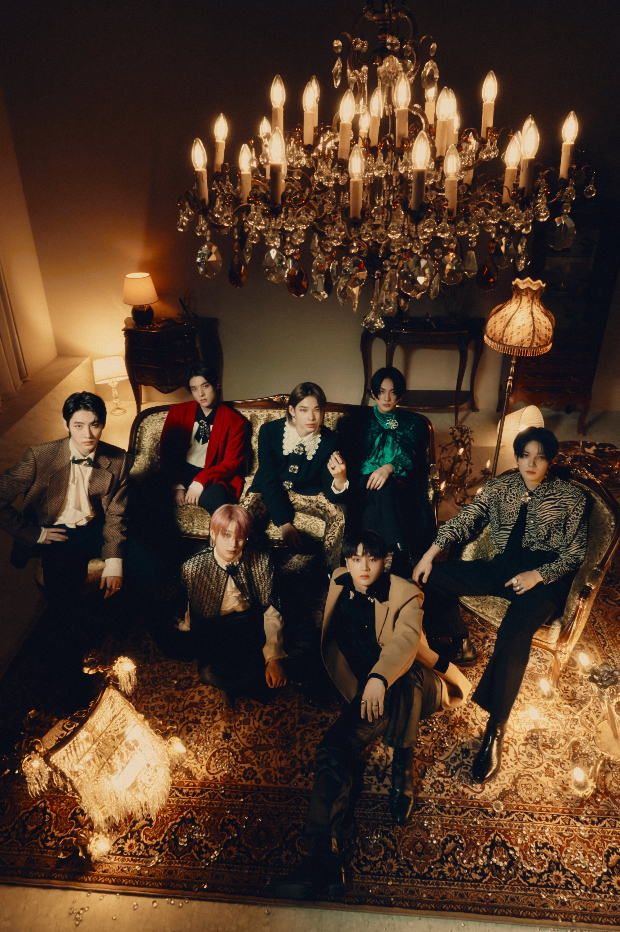 Let’s join ENHYPEN in their journey in a new dimension.

INTRO – WHITEOUT
Continuing the story from ‘Outro: Wormhole’ from Border: Carnival, this short intro is the beginning of their journey to a new dimension after travelling through a wormhole towards the end of Border: Carnival. Intro: Whiteout features gradually rising beats which soon turn into fast-paced futuristic music. Narrated completed in English by Jake, the track brings the listeners to the start of the epic musical journey. It also nods at the Greek characters of Scylla and Charybdis, when Jake narrates “In order to get the treasure / We’vе either got to go through a brooding monster/Or a swirling tornado / Whatеver we choose, we’ve got to run / What do you think?”

TAMED DASHED
Keeping the tradition of a two-word title, ENHYPEN presents ‘Tamed-Dashed’ as their title track for Dimension: Dilemma. The dilemma of choosing between taming oneself and setting oneself free is expressed when Sunghoon sings “Oh, twisted and tangled / Dilemma of choice within dimensions”. One can also refer to the popular idiom ‘Between Scylla and Charybdis’ which means ‘between a rock and a hard place’. The track follows an 80s inspired music track, featuring a rapid chorus. The short beat drop towards the end leads way to a stunning conclusion for ‘Tamed-Dashed’. The song is all about the septet finding themselves in a new dimension and dashing ahead to find answers just like Odysseus ventured on a long journey to reclaim his identity and throne.

UPPER SIDE DREAMIN’
‘Upper Side Dreamin’’ is a groovy track. The song is all about dreaming about the “upper side” and basking in the glory of that dream. When Jay sings, “Ayy dreams will turn into reality / I’m pretty sure they’re waiting for me” – he expresses a collectively reliable desire to achieve something big in life.  The song features an earworm chorus that would get anyone humming instantly. The electro-bass music creates a funky early 2000s vibe from the moment it begins.

JUST A LITTLE BIT (몰랐어)
The only slow-paced track from the album, ‘Just A Little Bit’ is a pleasing acoustic ballad track. The soft vocals and breathy chorus lend hazy imagery to the song. ‘Just A Little Bit’ brings in the element of romance, especially with Sunoo’s verse “While walking through the cracks of my universe / We both make an eye contact”. Channeling the hidden 90s vibe, the group delivers a soulful track replete with occasional trap beats and acoustic guitar strums.

GO BIG OR GO HOME (모아니면도)
The title of the song gives away what the song is all about. Picking up pace after the soulful ‘Just A Little Bit’, ‘Go Big or Go Home’ is a power anthem of achieving great feats. ‘Go Big or Go Home’ is just the track to make you take the next step in life, especially when NI-KI and Jay sing “A life like a Russian roulette that I can’t refuse / I’ll survive it anyway / Earn some items and level up, I can make it right / I’m sure on what I choose right now”. The EDM beats and disco music make the track ready for any club or party!

BLOCKBUSTER (액션영화처럼) (feat. YEONJUN of TOMORROW X TOGETHER)
ENHYPEN’s first collaboration track ever, ‘Blockbuster’ is a track that is ready to feature in a high-octane action movie. Featuring labelmate Yeonjun of TOMORROW X TOGETHER, the track is a blockbuster right from the start. ‘Blockbuster’ is edgier than its album predecessors. The rap verses are frantic and fused with rock and hip-hop beats. Ni-Ki’s verse that goes “Everyday’s like a party, leave the boring advice behind / The life you’ve been wanting, now move this world” reflects the essence of the song. The track proves ENHYPHEN’s agility to switch between genres seamlessly.

ATTENTION, PLEASE!
The song channels the group’s rock-funk side with ‘Attention, please!’ There is a stark contrast between the pumped-up rock music and the lyrics that express a nervous feeling when Jungwon and Heesung sing– “High follow and heart (Likes) / The closer I get to my dream/The farther away I feel from you / It’s a bit harsh and just like that.” The group sings about being at crossroads where they have to choose between the love of their crush and the love of their fans. The song begins quickly and ends quickly, leaving the listeners wanting more.

INTERLUDE: QUESTION
‘Interlude: Question’ begins with mystical music, and once again an English language narration by Jake, Jay and Heesung. Instead of choosing an outro and putting an end to the story, the group has smartly added an interlude, hinting at their next musical release. The song fades into a dreamy, yet open-ended narration with Heesung’s verse – “I’ll float away / Then I’ll arrive somewhere else, another place / But where will that be?”

ENHYPEN’s album Border: Carnival was a pretty cohesive album-closing the chapter of the rookie group. With Dimension: Dilemma, the group takes a further step in the exploration of youth. With an exhilarating feeling of living in the moment, the group is once again left in a ‘dilemma’ as seen in ‘Interlude: Question.’ The point is to continuously explore the joys of life, where they are headed, and find the answers to their questions – that’s what ENHYPEN highlights with their new EP.