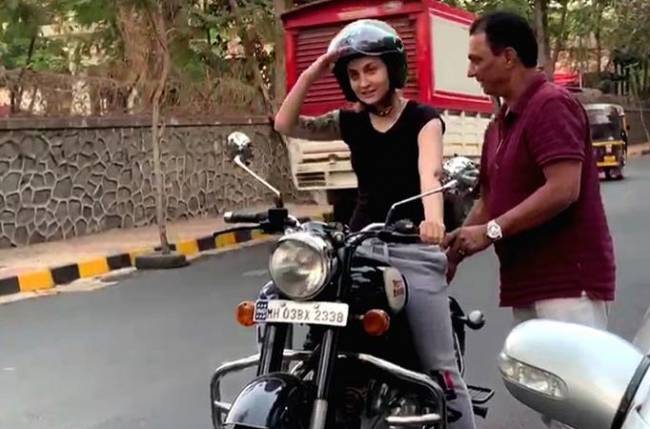 MUMBAI: Actress Elli AvrRam had to learn how to ride a bike for her role in “Malang”, and she is glad that she could learn it in just three days.

“I had to learn how to ride the bike because it was crucial to my role in ‘Malang’. When I was told about it, I started taking classes. My trainer told me if you do it well, you will learn in just three days. I took it upon myself as a challenge and believe me, I did it in exactly three days,” Elli said.

“I started with a scooter on the first day and got a hang of it. Then I rode the bullet on the second day and by the third day, I could do it all by myself. I cannot reveal much about the role I have in the film but it’s a very promising and acting driven role. This is what I have been wanting to do for so long and it’s always been a dream to work with Mohit sir. Mohit sir asked me if I know how to ride a bike and I said no, but trust me sir I’ll learn it super fast. And I’m glad he put his belief in me, and I proved myself right,” she added.