Salman Khan and Disha Patani recreated Allu Arjun and Pooja Hegde’s song ‘Seeti Maar’ in their latest release Radhe – Your Most Wanted Bhai. It premiered digitally on May 13 on the occasion of Eid. Now, a video of a group of doctors grooving to the beats of the hit song is going viral on social media. It has left Disha Patani impressed. 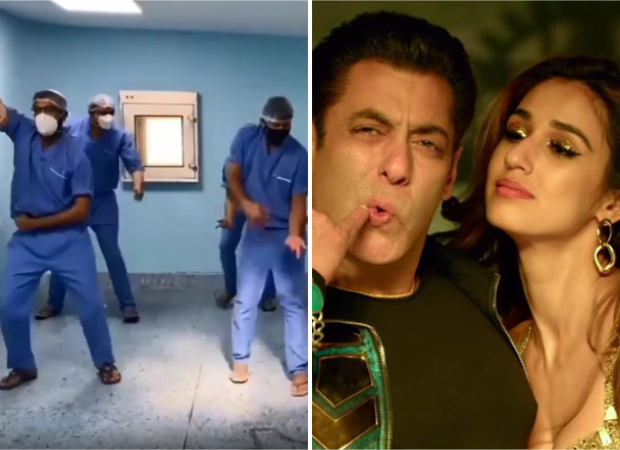 Disha Patani’s fanclub posted the video of a group of doctors dancing to ‘Seeti Maar’ but mandolin cover version. Dressed in their scrubs and masked up, they were having a gala time. Disha Patani shared the video on her Instagram story and captioned it, “Our real heroes.”

ALSO READ: Salman Khan warns those pirating Radhe – Your Most Wanted Bhai: “You will get into a lot of trouble with the cyber cell”