Rumoured couple Disha Patani and Tiger Shroff are often spotted together on dinner dates, vacations or casual outings. While the pair has been busy with their shoots, they often take time out to spend quality time together. Both of them, on Sunday, were seen together at a football ground in Bandra playing a game with other celebrities. 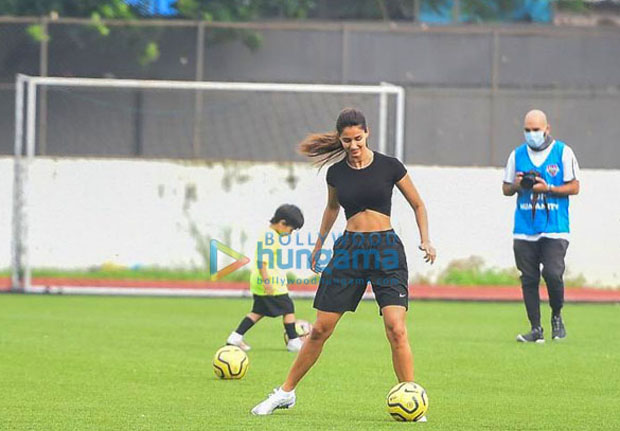 Disha Patani was dressed in a black t-shirt and shorts as she joined Tiger Shroff on the ground. The actress was also seen playing with actors Ranbir Kapoor, Tiger Shroff, Arjun Kapoor on Sunday evening. 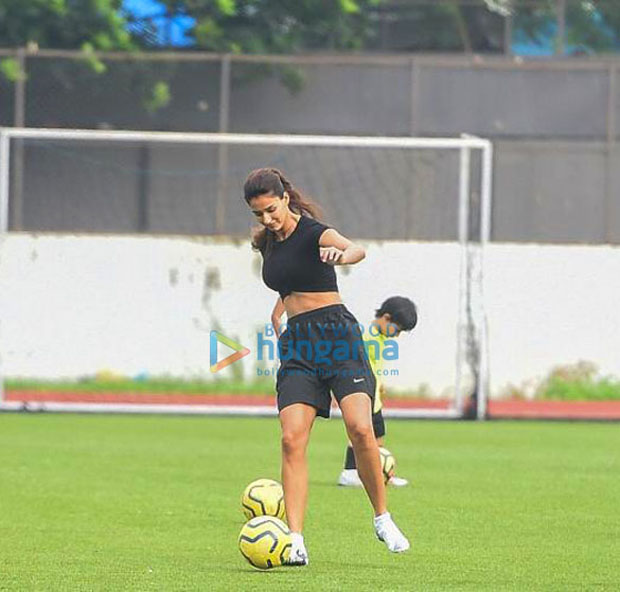 Later, Ibrahim Ali Khan and Aadar Jain also joined the football match. Tiger Shroff and Disha Patani were seen having some fun before the match began. 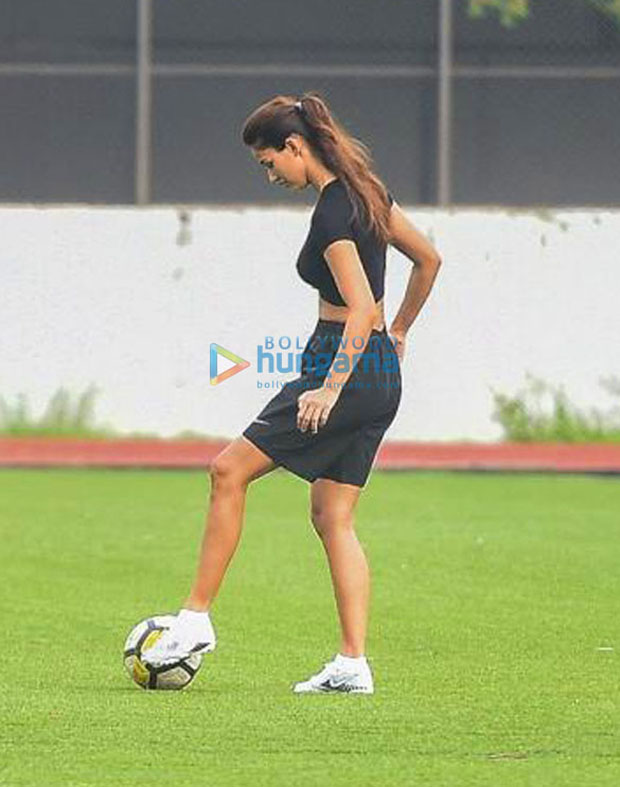 On the work front, Disha Patani was last seen in Salman Khan-starrer Radhe: Your Most Wanted Bhai. She will next be seen in Ekta Kapoor’s KTina and Mohit Suri’s Ek Villain Returns.