Actress Disha Patani on June 27 treated her fans with a sizzling photo of herself. The actress seems to be reminiscing her holidays and especially, times spent on the beach. 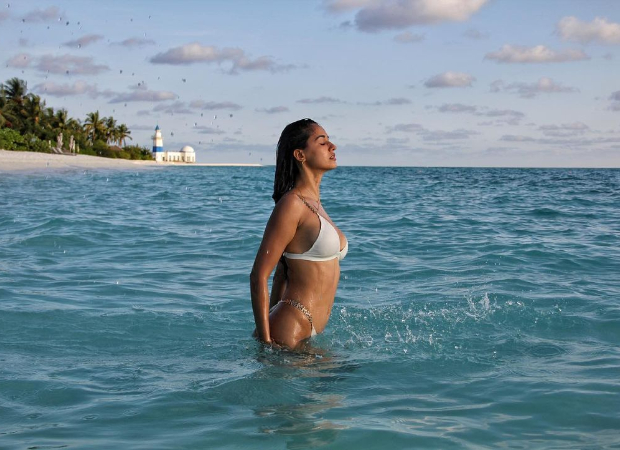 In the photo, the actress looked stunning in a white skimpy string bikini. She was seen rising out of the water. The actress has been sharing several clicks from her past vacation and it seems like one of those moments from the Maldives.

On the work front, Disha Patani was last seen in Salman Khan-starrer Radhe: Your Most Wanted Bhai. She will next be seen in Ekta Kapoor’s KTina and Mohit Suri’s Ek Villain Returns.