Please Like Us!!!
DesiGoogly > Diljit Dosanjh shares a photo with Shehnaaz Gill as Honsla Rakh releases, says ‘you are a very strong woman’

Actor-singer Diljit Dosanjh is busy promoting his movie, Honsla Rakh with Sonam Bajwa and Shehnaaz Gill. This movie marks her project of Gill since the death of her close friend Sidharth Shukla on September 2. As the film released on the occasion of Dussehra, Diljit posted several moments from the film included one photo with Shehnaaz. 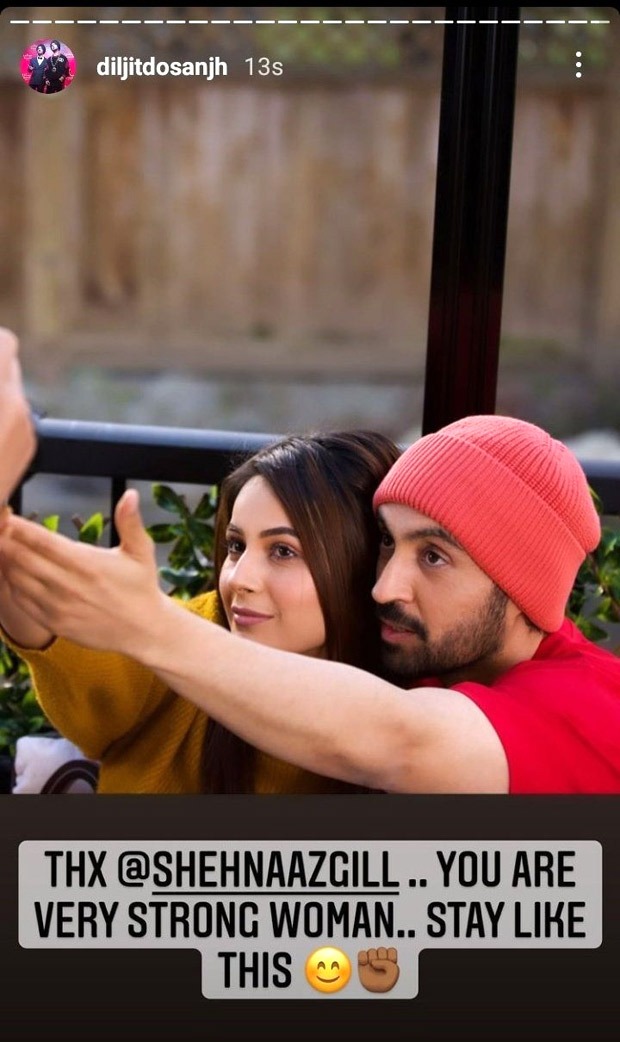 He shared a photo and called her a ‘strong woman’. Shehnaaz and Diljit are dressed in yellow and red in the picture. “Thanks Shehnaaz. You are a strong woman, stay like this,” Diljit captioned his photo.

While Shehnaaz Gill has not posted anything on social media since Sidharth Shukla’s death, she only joined the film’s promotions recently.

In a recent interview with Bollywood Hungama, when asked about Shehnaaz, Diljit said, “She has worked really hard for the film because there are many layers of her in it. I remember that when we were casting her, everybody was doubting that whether she will be able to the role as she has her own nature and charm. So, she has worked really hard and the audience will get to see a full package of her including humour, drama and emotions.”

Meanwhile, Sidharth and Shehnaaz’ song Adhura was released online on Thursday. Adhura is the last project that he shot for. Shreya Ghoshal & Arko who also composed the music for the song.

ALSO READ: EXCLUSIVE: “Shehnaaz Gill has worked really hard for the film, audience will get to see a full package of her” – says Diljit Dosanjh on Honsla Rakh