Please Like Us!!!
DesiGoogly > Dharmendra says Sunny Deol does not ‘show-off’; Bobby Deol ‘does not take care of himself’

Senior actor Dharmendra is quite active on social media and often shares his thoughts and shares update on his life. On Tuesday, she shared some thoughts about his sons, Sunny and Bobby Deol. All three are actors have worked together in multiple films. 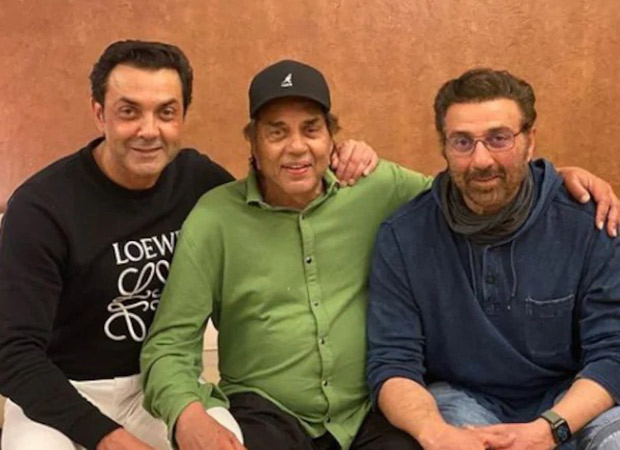 Dharmendra took to twitter to share a picture of Bobby Deol form his younger days and wrote, “Ye chihra… Apna khayal nahin rakhta! (this face… doesn’t take care of himself).”

Sharing a fan made picture of Sunny, Dharmendra wrote, “Ye Bada bhi Andaaza rakhta hai ……Magar …… Show off nahin karta(The elder one also has an idea but doesn’t show off).

Dharmendra, Bobby and Sunny have worked in three films together- Yamla Pagla Deewana and it’s sequel, and family drama Apne. The three will be reuniting for the sequel of Apne. The film is expected to go on floors in March next year.