DAY 68 — Sid rules as Showters’ Choice Contestant of the Day, and Arhaan’s secret drags his ShowtCount down to new lows 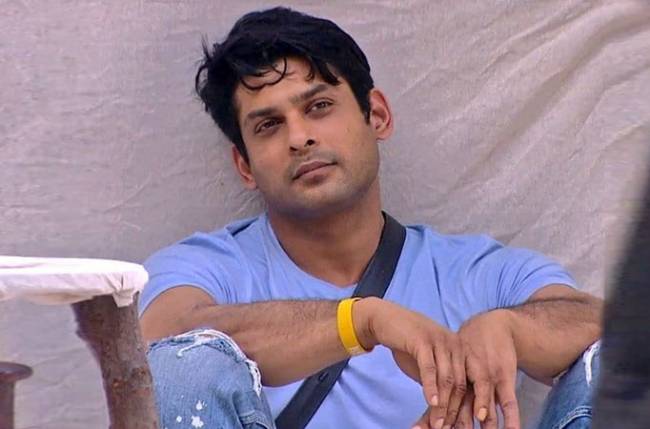 1. Rashami told Salman that she is unhappy with Shehnaaz and Mahira’s rudeness. Rashami blamed Shehnaaz for injuring her finger (Yes Showts for Rashami, No Showts for Shehnaaz)

3. Bhau accused Shehnaaz of disrespecting him. Salman confronted Shehnaaz and Shehnaaz broke down (Yes Showts for Bhau and Salman, No Showts for Shehnaaz)

4. Salman shocked the Housemates when he revealed that Arhaan is married with a child. Arhaan’s GF Rashami teared up and Salman asked Arhaan to talk with Rashami and sort things out. (No Showts for Arhaan)

5. Salman got angry at Housemates for their unruly behavior the past week and asked Himanshi, Asim, Sid, Bhau, Shehnaaz, Shefali Z., Arhaan, and Rashami to pack their bags and leave the House. After Salman’s announcement, the doors were opened for contestants to exit (No Showts for the ones criticized, Yes Showts for Salman)

6. Salman said that Mahira, Aarti, Madhurima, and Shefali B. have not injured any Housemate and they are the top four contestants deserving to be in BB House (Yes Showts for Salman, and the four ladies.)

Salman lashed out at Housemates for breaking House rules and behaving aggressively with each other. When Vishal, Bhau, and Rashami complained about Sid’s rudeness, Salman said that it’s up to Sid if he wants to mend his ways.

Shehnaaz supported Sid and told Salman that most Housemates provoke Sid for a fight to gain visibility.

Salman confronted Rashami, Bhau, Arhaan, Himanshi, Asim, Shehnaaz and Shefali B., for breaking House rules and said that despite being sick Sid has followed House rules.

ASIM CLIMBS BACK TO #2

Salman criticized Asim for hurting Aarti during a task. Asim said that it was an accident. Aarti didn’t complain about the incident and agreed with Asim.

Salman got angry at Arhaan for hurting Asim’s shoulder during the Luxury Budget task. Salman revealed to the viewers that since then Asim has been on medication for shoulder pain. Showters felt sorry for Asim and his Showts increased from 60% (Day 67) to 63%.

Rashami, Bhau and Shefali B., accused Shehnaaz of bossy behavior. Salman asked Shehnaaz to justify her behavior which made Shehnaaz break down.

Rashami was left heartbroken when Salman revealed that Arhaan is married with a baby. Salman said that Arhaan gossips a lot about everyone in the House but he has many dark secrets which he has not shared with Rashami. Salman advised Arhaan to talk with Rashami but Rashami asked Arhaan to give her some time.

Salman announced that Mahira, Aarti, Madhurima and Shefali B., have not indulged in aggressive behavior with the Housemates. Salman called them the top four contestants of BB Season 13.

Salman reprimanded Himanshi for pushing Shehnaaz during an argument. Salman said that Himanshi’s aggression was uncalled for. Showters agreed with Salman and gave 38% Yes for Himanshi.

Will Rashami, Bhau, Sid, Vishal, Arhaan, Shehnaaz, and Shefali Z. be evicted or leave the House on their own tonight? Will Arhaan try to convince Rashami to stay in their relationship? Keep watching and keep Showting!