Please Like Us!!!
DesiGoogly > COLOUR OF THE WEEK – RED: Ibrahim Ali Khan, Tamannaah Bhatia & others keep it fiery

Another week another colour, red is such a bright and positive colour and the B-town stars never missed any chance to radiate positivity with their appearance. This week, many of B-town stars from Nora Fatehi to Radhika Madan were snapped wearing Red and let us check out who among these stars nailed in Red. 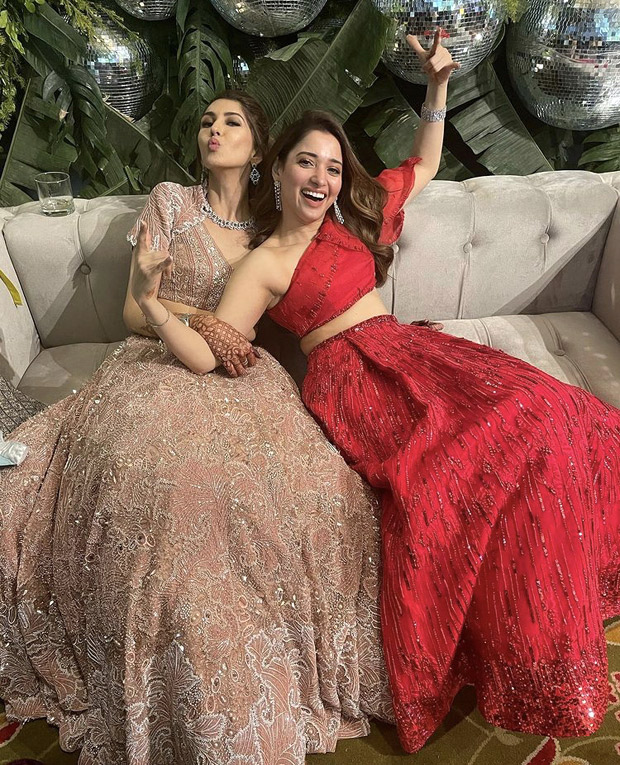 Bollywood and South stunner Tamannaah Bhatia was recently seen attending the wedding of her best friend Hanna Khan’s at Jaipur. Her pictures from the ceremonies are something to go insane for. She posted few pictures with the bride earlier from the wedding ceremony where she was seen donning off a red off-shoulder glitter blouse with a red glitter lehenga. She went with a dewy makeup base with soft waves and diamond jewellery to complete her look. 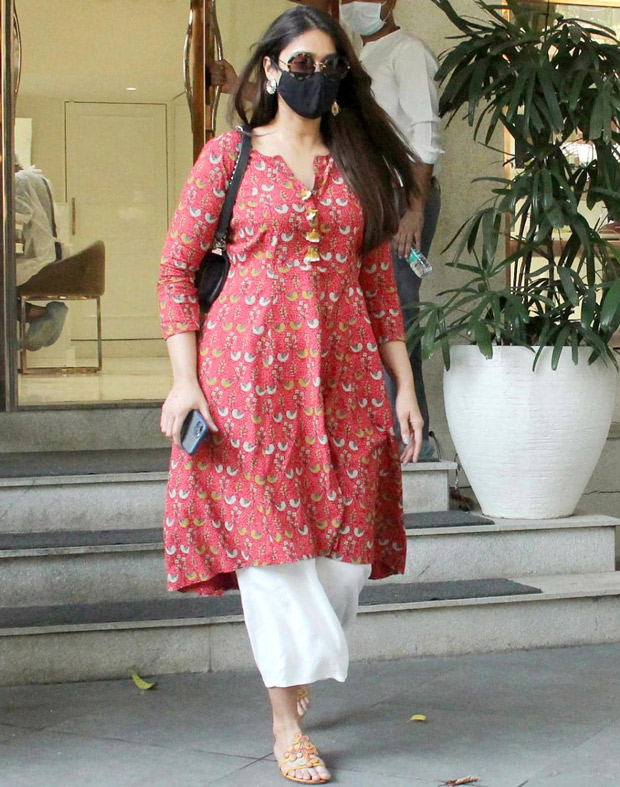 This week, Ileana D’cruz was clicked by the paparazzi after a long long time in the city for a spa session. She was totally rocking her casuals, donning a red floral print kurta adorned with white palazzo pants. She teamed the look with red flats and accessorised the look with a pair of earrings and sunnies. 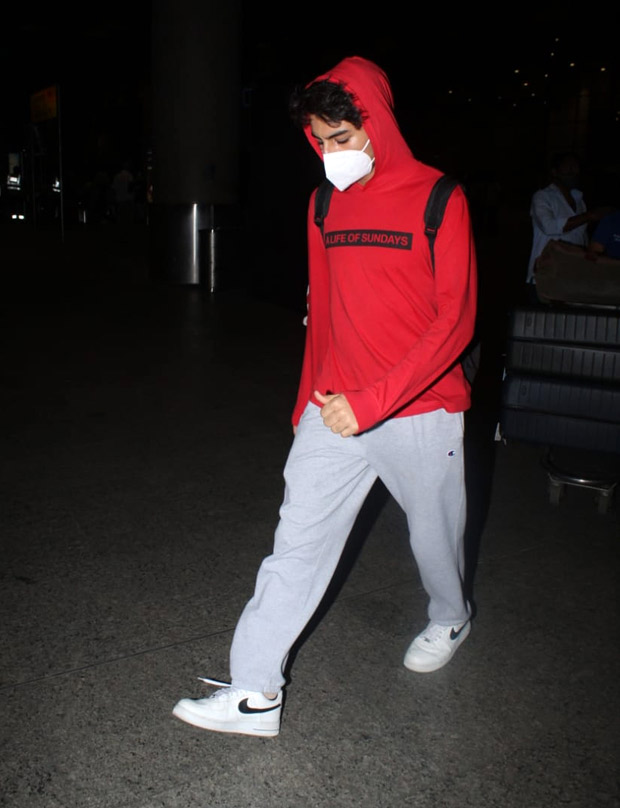 Saif Ali Khan and Amrita Singh’s son Ibrahim Ali Khan, nowadays, is being papped very often. Earlier this week, he was clicked at the airport spotted returning to the bay after attending a wedding. He was seen wearing a red hoodie which had a black printed captioned ‘A life of Sundays’ paired with grey track pants and white Puma Sneakers. His airport look can be a best for any causal dayout. 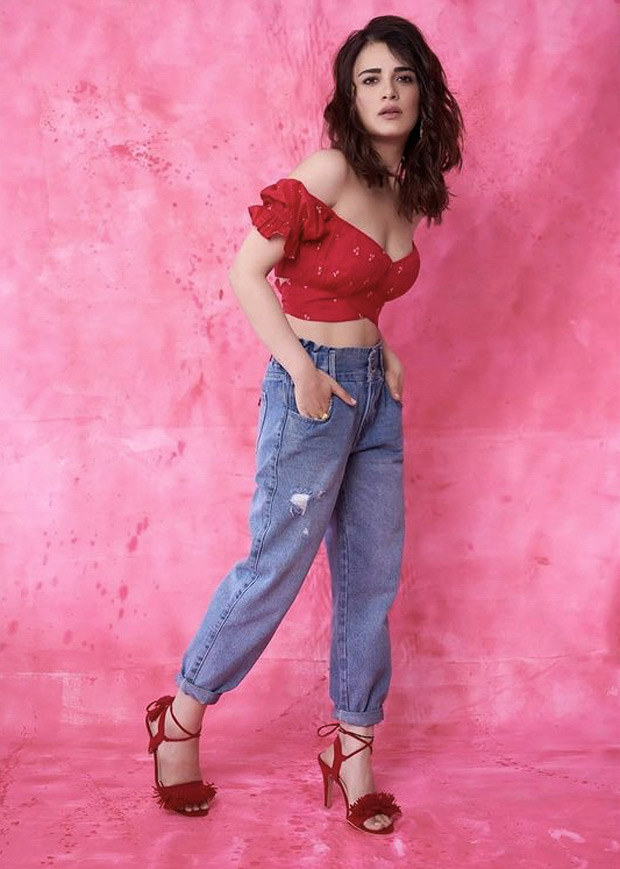 Angrezi Medium actress Radhika Madan, who is all excited about her Netflix series Spotlight, served a flood of sultry looks. She yet again raised the hotness quotient donning an off-shoulder red crop top with a plunging neckline adorned with a pair of high waist blue denim jeans. She finished it off with a dewy base and nude lips and kept her wavy hair all open. 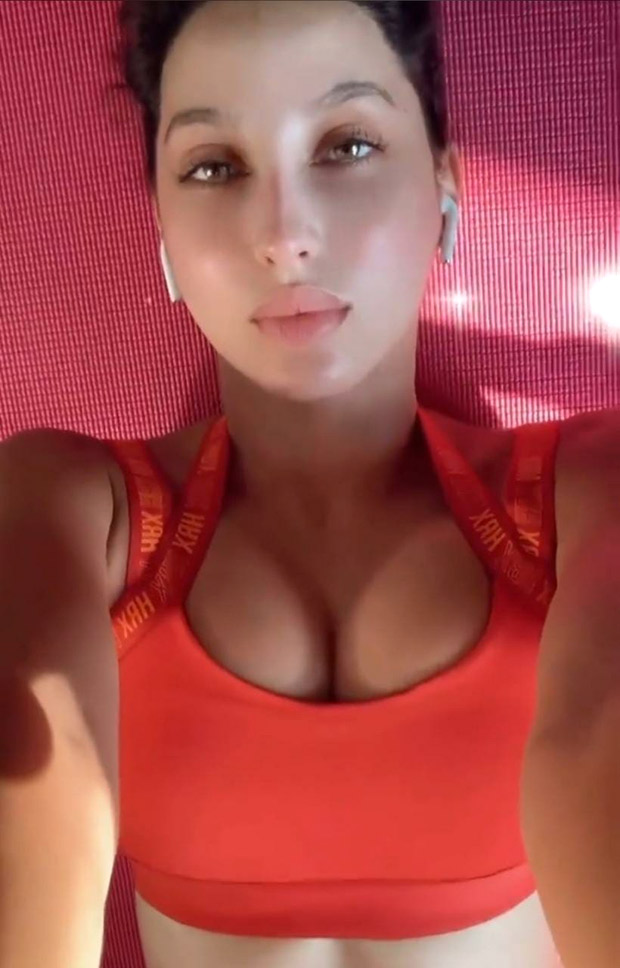 The performer and actress was chilling at the beach earlier this week in a brallette. Keeping her makeup minimal, she was raising the oomph factor.