Basking in the glory of her first solo lead film, Chhorii, Nushrratt Bharuccha recently treated the internet with sultry pictures from her latest photoshoot and fans could not keep calm as she cut a sensuous style in an indigo blue draped dhoti skirt set. 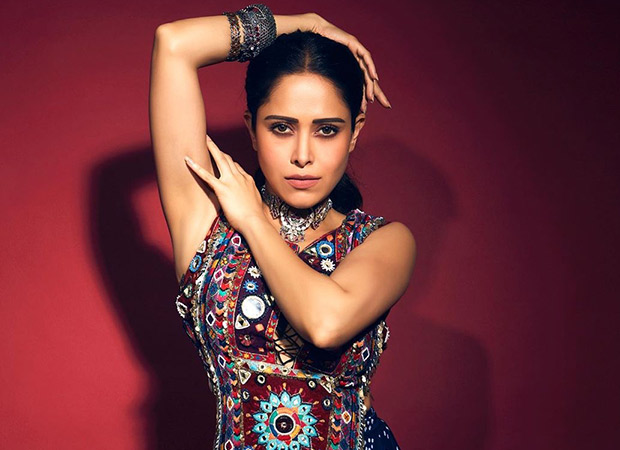 The pictures featured the Bollywood diva donning an indigo blue blouse that was made of crepe base and came with multi-coloured thread hand. In the caption, she wrote, “What do you see..”

Nushrratt teamed it with a matching draped dhoti skirt in gajji silk base. Pulling back her luscious tresses into a mid-parted low ponytail hairstyle, thr actress accessorised her look with a set of multi-coloured bangles and a neck piece.

Nushrratt’s performance in Chhorii is touted as her career best, where she essayed the role of a pregnant woman.

ALSO READ: EXCLUSIVE: Nushrratt Bharuccha on performing in Chhorii without reading the script; “There were times when I did not know where the camera was”