Please Like Us!!!
DesiGoogly > Check out! Jacqueline Fernandez goes topless in latest photoshoot

Jacqueline Fernandez often shares breathtaking pictures of herself on her Instagram handle. On Saturday afternoon, she treated her fans with a scintillating picture of herself from a recent photoshoot. 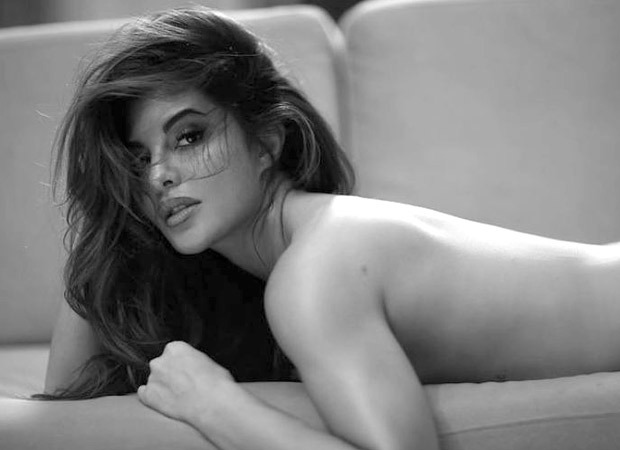 Jacqueline shared a monochrome photo on Instagram. In the picture, the actress can be seen lying on the couch on her stomach flaunting her toned body while looking at the camera . “Vava,” she captioned the pictures. Needless to say fans are going crazy over the stunning picture.
This is not the first time Jacqueline has shared shots from her photoshoots where she has gone topless. Here’s looking at some of the pictures from the past where the actress set the internet on fire with her gorgeous pictures:

On the work front, Jacqueline recently wrapped up the shooting for Akshay Kumar and Kriti Sanon starrer Bachchan Pandey. She has also completed the shooting of Bhoot Police in which she will be seen alongside Yami Gautam, Saif Ali Khan, and Arjun Kapoor. Recently, she also sat down for a reading session with Akshay Kumar and Nushrratt Bharuccha for the upcoming film Ram Setu.