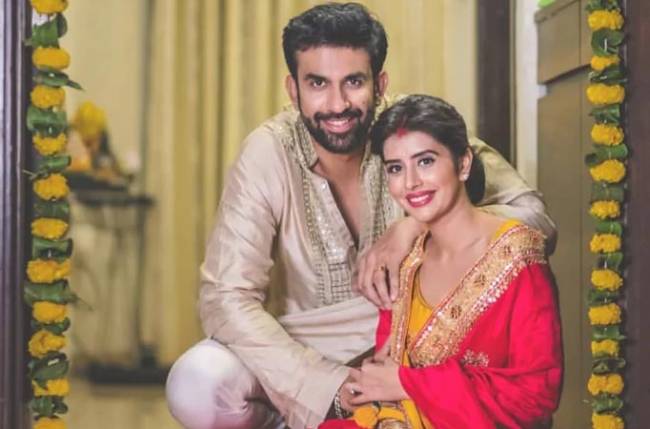 MUMBAI: Not very long ago, speculations of a big fight between Charu Asopa and Rajeev Sen came floating on the internet. Adding fuel to the fire is the fact that the duo has deleted all their wedding pictures and other pictures from Instagram. Charu has also gotten rid of Rajeev’s surname from her social media and the two are staying separately. Well, the reason behind their tiff is still unknown but that hasn’t affected Charu’s bubbly spirit and her YouTube updates are proof. Taking to the video-sharing site, the actress gave fans a peek into her rainy day outing amid the Coronavirus pandemic, albeit for some work. However, it was her name that caught our attention. The actress has kept her shaadi name ‘Charu Asopa Sen’ intact.

ALSO READ: Amid separation rumours with Rajeev Sen, Charu Asopa posts a photo where she addresses herself as beautiful and a hot better half

The video begins with Charu driving the car in a casual outfit and her mask-on. Her first stop was a coffee shop, wherein she sipped on her favourite hazelnut cappuccino after months. Charu drank the coffee inside her car and she then headed to her skin doctor. After that, the actress left for a shopping mall to buy some groceries for home. Before entering the premises, Charu was nicely sanitised, she then proceeded to fill her trolley with a streak of essentials and left for her last and the most important stop, a salon. The video sees her getting eyebrows done after more than three months and she seemed quite excited about it.

Upon reaching home, Charu expressed her excitement on having a great day after a very long time and requested her fans to step out only if it’s very necessary.