Please Like Us!!!
DesiGoogly > BTS’ RM, Suga and Jimin look alluring in photobooth teasers ahead of ‘Butter’ CD version release on July 9

Following the release of the chart-topping second English single ‘Butter‘, South Korean juggernaut BTS is basking in the glory of ranking atop Billboard Hot 100 for four weeks, consecutively. The group is ready to drop a new track along with the ‘Butter’ CD single on July 9. It is an important day for both BTS and fans since the group’s fandom name ARMY was announced on the same day. Kicking off the promotional teasers with youngest members V and Jungkook, the second set of teasers included Jin and J-Hope. The last set of teasers see RM, Suga, and Jimin. 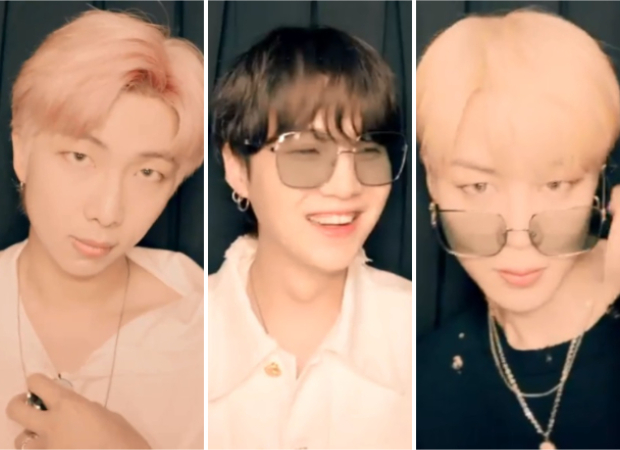 On June 24, BTS dropped three teasers featuring RM in an all-white oversized sweatshirt flaunting his pink hairdo, which he doesn’t have anymore. Suga is dressed in a white shirt, denim jacket, and knee-length pants with boots. Jimin comes in the photobooth dressed in all-black. All three of them keep it classy and fun while taking pictures. ‘Butter’ instrumental plays in the background. These teasers have surely left everyone wondering whether the photobooth has any relation to the new track.

‘Butter’ single CD will be released in two versions  – Peaches and Cream. The new track details are yet to be announced officially by the company.

The dance-pop anthem ‘Butter’, which released on May 21, is at No. 1 on the Hot 100 chart for a fourth consecutive week, making BTS the first Asian act in history to achieve this milestone. It becomes the group’s longest-leading No. 1 hit, surpassing the three-week run of ‘Dynamite‘. BTS has dropped one instrumental and three remixes of ‘Butter’ – Hotter Remix, followed by Sweeter and Cooler remixes.