South Korean juggernaut BTS dropped their Billboard Hot 100 No. 1 song ‘Butter’ on May 21. Post two weeks of celebration and debuting atop of Billboard Hot 100, the group is gearing up for their upcoming 8th anniversary on June 13 and 14, respectively. Ahead of the celebration, BTS’ leader RM, rapper-songwriter-producer, has dropped a soulful track, ‘Bicycle’. 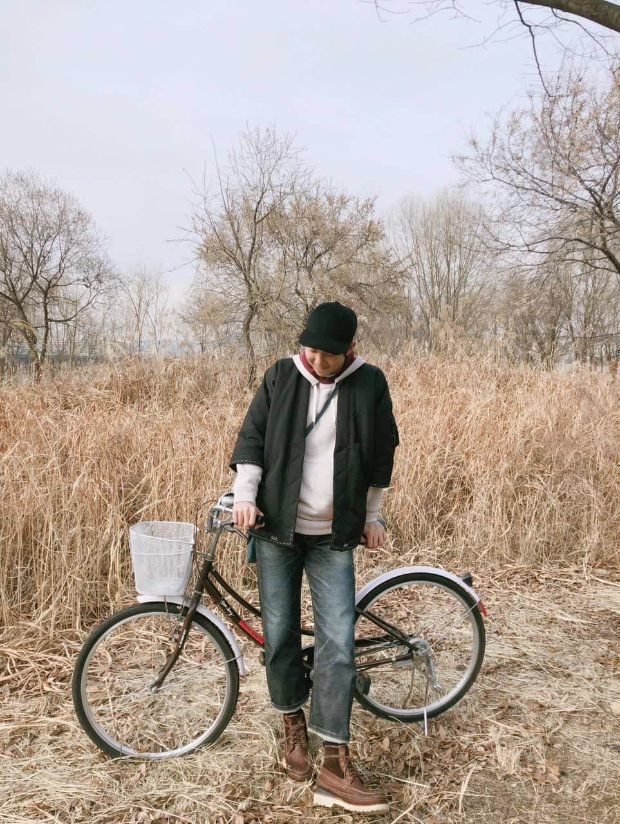 For unversed, every year during FESTA, BTS releases new content like music, song covers, original tracks, dance videos, photo collections among others. The two-week online festival leads up to the finale which is a sit-down chat session, followed by a concert. But, this time, it’s a two-day concert – combining FESTA and MUSTER. This year, RM steps up to drop an original track that talks about his love for riding a bicycle, and how he feels free during those moments.

Along with the song, RM penned a heartwarming letter talking about why he wanted to release this song and how it came about. “I always wanted to make a song about bicycles. It’s already been 3 years since the release of ‘mono’ and I got tired of preparing the next series without any definitive promises, so I decided to use Festa as a good excuse (!) to make a bicycle song and release it! After many twists and turns, in February and March, I rode my bike like crazy here and there and finished by putting melodies and lyrics over Hee-young” hyung’s guitar playing. I really made the song while riding my bike. I hummed the song so much, I can’t even remember how many times I hummed,” he wrote in his letter.

RM also revealed he personally met the artist Moon Sungsic for the cover art since he has always admired his work. The cover art has an essence of RM’s ‘mono’. He is a well-known artist and the youngest artist to participate at the Korean Pavilion in the Venice Biennale in 2005. “I personally met and asked artist Moon Sungsic, who I have always admired, to do the cover. I think the artwork came out really well in the artist’s usual drawing style. I’m really thankful to Heeyoung hyung (older man/brother) and artist Moon Sungsic for joining me in this slightly foolhardy/reckless decision,” he wrote.

“I’m always excited to ride a bike but once I put my two feet on the pedals, I always get a little sad. Perhaps it’s because I miss a lot of things. I don’t really know the reason. Maybe it’s because I don’t have a driver’s license and haven’t driven yet. Anyway, to me, it’s a rare time to feel physically the freest. Since I was a trainee, I’ve always ridden my bike thinking that I wanted to move these blurry scenes that couldn’t be captured into a song. With sad but fun, little cold but warm feelings. I hope this song remains on everyone’s playlist for a long time and becomes your bicycle song. I don’t think anything would make me happier if you listen and accept [this song] as a small gift. Every day is a good day. If you’re sad, let’s ride a bike! I will always do the same,” he concluded his letter to ARMY.

RM croons in his raspy low baritone as he reminisces the moments and emotions he feels while riding a bicycle. “I wanna keep the bass down low / My heart/mind is already in weekend mode / I don’t see no open cars, no open bars / It’s not bad, being all alone on this road / People’s hearts floating like islands / A night that somehow just may not come / I walk along and cycle along the horizon / To that vanishing point we decided upon,” the eloquent and soulful verse takes you through the rollercoaster of emotions of RM. The weekend mode with a lesser crowd, soaking in the silence on the streets, the tingling sensation of hoping this day never comes to end, and cycling along until the sun, sets.

“If we’re sad, let’s ride our bicycles / Let’s place the wind underneath our two feet / Oh, let’s ride our bicycles / with our two arms stretched out in freedom,” RM dedicates this song to ARMY while confessing about the freeing emotion he feels during his rides. RM talks about the liberating feeling while he is in nature as he rides his bicycle. This helps him cope up with trying times and he hopes it does the same to the fans around the world. The indescribable emotion of feeling the breeze that gives him the wings as no one sees him as RM of BTS. At that moment, he is just a man in his 20s named Namjoon finding solace in nature while riding his bicycle and healing.

RM’s way with words can’t be described in words. He is insightful, thoughtful, and comforting when it comes to music. The soulful lyrics of ‘Bicycle’ truly is a testament to RM’s music which has so much depth.

The song has been produced, written, and arranged by RM, John Eun. The two of them previously worked on a song called ‘Hope’. Upon the release of the new original track, John Eun said, “The feeling of making music is always exciting. But the feeling of making music with someone who makes you feel that you are profoundly connected is something that is hard to come by. I feel extremely lucky and blessed to make music with this friend that I resonate both musically and personally. Thank you, RM for your friendship and for always keeping me motivated to be a better musician/human. I couldn’t have asked for a better mate.”

Kicking off the month of celebrations with FESTA portraits and profiles, the septet has dropped the two choreography videos – ‘N.O’ dance break version from MAP OF THE SOUL ON:E,‘Black Swan’ introduction performance from Melon Music Awards 2020, and ‘Dynamite’ cute and lovely version. Apart from that, they released a video for BTS’ 4 cuts mission where they divided into subunits to shoot photos according to the stories drawn by them at a photo booth.