Please Like Us!!!
DesiGoogly > BTS pay ode to their previous eras through FESTA 2021 portraits ahead of 8th anniversary

ARMY, the FESTA season has officially begun!  After dropping their new much anticipated second English single ‘Butter’ on May 21, the world’s biggest band BTS is set to celebrate their 8th anniversary on June 13. Kicking off the month of celebrations with FESTA portraits, the South Korean juggernaut pays tribute to their previous eras. 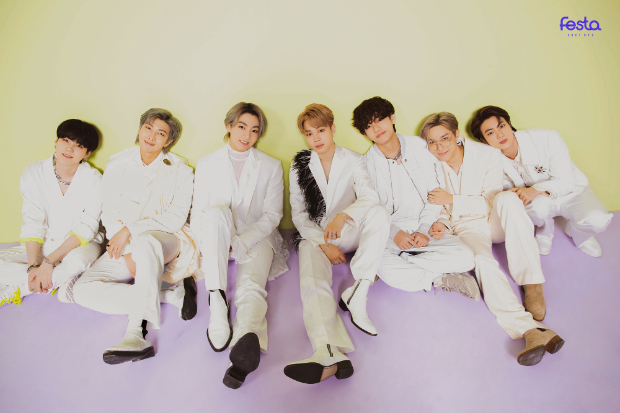 For unversed, every year during FESTA, BTS releases new content like music, song covers, dance videos, photo collections among others. The two-week online festival leads up to the finale which is a sit-down chat session, followed by a concert. But, this time, it’s a two-day concert – combining FESTA and MUSTER.

Interestingly, the FESTA portraits are a direct callback to some of their previous portraits, group pictures, a recreation of a family portrait that RM has at his work desk. They revisit some of the costumes from ‘Life Goes On’, ‘Dynamite’, ‘Black Swan’, ‘On’, ‘Dionyus’ and ‘Boy With Luv’.

BTS ARMY was quick to find the similarities and went down memory lane.

One time for Two time for
The present the past

Like RM said in their docu-series Break The Silence about the septet, “I consider ourselves as seven of us who are in the same boat but looking in different directions. It’s okay to look at the other directions. The important thing is that we know that we are on the same boat.”