A week ago, South Korean juggernaut BTS made the internet went wild over the new remix of their latest hit ‘Butter’ featuring ‘Hot Girl Coach’ Megan Thee Stallion. After the release, BTS shared a playful TikTok of themselves strutting out of an elevator to the new version of the song, to which the American rapper decided to join in for the fun. 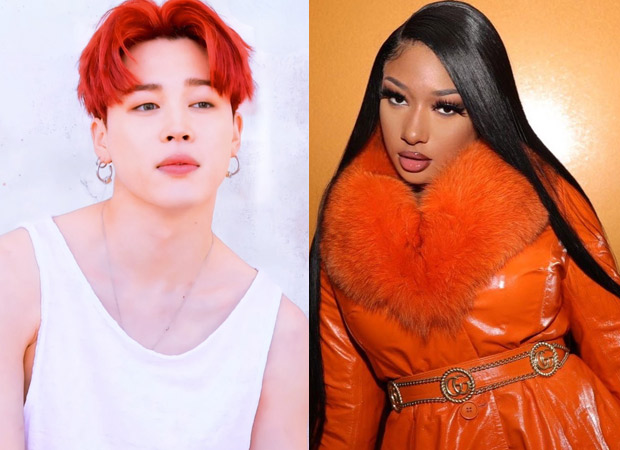 Megan Thee Stallion took to Twitter account ‘TINA SHOW’ and shared an adorable clip of herself dancing to the remix, tagging BTS, Megan wrote, “I wanted to make a tiktok like the boys.”

On September 3, Jimin retweeted her post and added, “Thank you for giving us a good voice.” Shortly afterwards, Megan Thee Stallion returned the love by retweeting his sweet comment.

The cute interaction between the two warmed fans’ hearts on Twitter. Following the same, ARMYs are adoring their friendship where one wrote, “Megan calling bts “the boys.” Yeah, they best friends now” another added, “jimin & Megan are besties I’m telling you.”

Though Jimin always has the sweetest responses to everyone, especially the group’s international buddies. He is loving and kind to everyone, easily making friends. After seeing the cute interactions, ARMYs are now expecting to get an official video of the remix with Megan featuring with the boys, though no official announcement is made yet.