New music is coming your way from Grammy-nominated popstars BTS. After having phenomenal 2020 with record-breaking songs and albums, they are releasing repackaged Japanese album ‘BTS, THE BEST’ which will have compilation of their hit tracks. 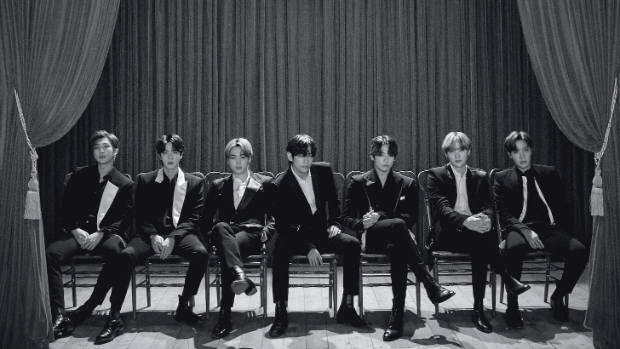 The teaser of ‘Film Out’ was released today featuring the seven members RM, Jin, Suga, J-Hope, Jimin, V and Jungkook. The vibrant and dramatic teaser goes back and forth between members and draws parallel with their hit track ‘Fake Love’ music video including sandglass, Jungkook and Jin’s running scenes, and both of them stranded in a room. The song has been co-produced by UTA for TinyVoice, Iyori Shimizu from Back Number, Jungkook. ‘Film out’ is an emotional ballad that is close to the listener with a beautiful melody, thinking of that person who still comes to mind and that person who never disappears from the heart.

‘BTS, THE BEST’ will release on June 16, three days after the 8th anniversary of BTS. It will additional content including behind-the-scenes and making of jacket photos, and music videos. ‘Film Out’ comes out on April 2, 2021 at 12am KST.