Please Like Us!!!
DesiGoogly > BTS’ ‘Butter’ holds strong at No. 1 on Billboard Hot 100 chart for fifth consecutive week beating 23-year-old record of Aerosmith

21st-century pop icons and Grammy-nominated artists BTS has just made history. The septet, soaring high on the success of their second English single ‘Butter‘, continues to stay atop on Billboard Hot 100 chart for the fifth consecutive week. The Korean pop septet has made history with ‘Butter’ as it becomes the longest-running No. 1 debut recorded by a single group in Hot 100 history. The group has broken the tie with Aerosmith and surpassed their 23-year-old record with the track ‘I Don’t Want to Miss a Thing’. 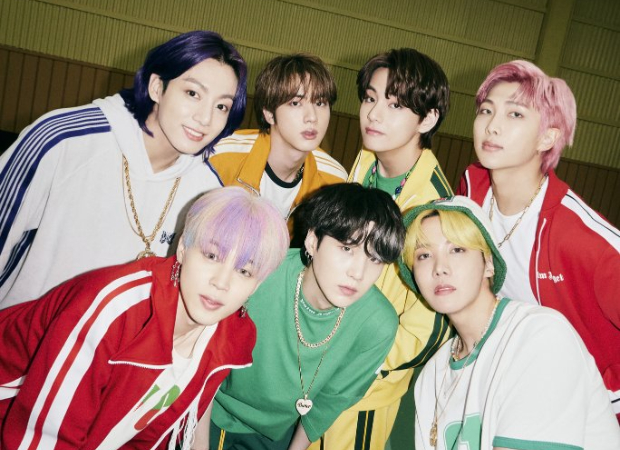 .@BTS_twt‘s “Butter” is officially No. 1 on this week’s #Hot100 chart for a fifth consecutive week.

The song remains at No. 1 on the Digital Song Sales chart. Interestingly, ‘Butter’ is the first song “to sell more than 100,000 in each of its first five weeks of release since Ed Sheeran’s ‘Shape of You’, which did so in its first five frames in March-April 2017.”

It’s the first song to do that since @LuisFonsi and @daddy_yankee‘s “Despacito,” featuring @justinbieber, cleared 100,000 in 12 consecutive weeks in May-August 2017.

Compared to the past couple of years, BTS has seen staggering growth in terms of music and fanbase. The journey from their debut day till 2021 is immense but also from the release of their retro-disco pop track ‘Dynamite’ to their second single, a dance-pop anthem ‘Butter’, has been absolutely surreal. Last year, BTS had two groups No. 1’s and one collaboration on remix whereas, in 2021, they are atop for five consecutive weeks for their single. Now, the group gears up for a new track releasing on July 9.

Meanwhile, BTS’ dance-pop anthem ‘Butter’, which released on May 21, is at No. 1 on the Hot 100 chart for a fourth consecutive week, making BTS the first Asian act in history to achieve this milestone. It becomes the group’s longest-leading No. 1 hit, surpassing the three-week run of ‘Dynamite‘. BTS has dropped one instrumental and three remixes of ‘Butter’ – Hotter Remix, followed by Sweeter and Cooler remixes. The group is basking in the glory of their latest English single ‘Butter’ which has been topping the Billboard Hot 100 charts for four consecutive weeks. ‘Butter’ single CD will be released in two versions – Peaches and Cream. The new track details are yet to be announced officially. It releases on July 9, 2021.