Please Like Us!!!
DesiGoogly > BTS are hot like summer in third concept photos ahead of ‘Butter’ CD single release on July 9

Following the release of their second chart-topping English single ‘Butter‘, BTS is gearing up for the release of their CD single release which features another new track that the septet has been teasing about lately. However, the group remains tightlipped about the song title but the hints suggest the song is called ‘Permission To Dance’. After releasing the two versions of concept photos, BTS has dropped the third version of the concept photos on June 29 and well, the concepts get bolder and sexier. 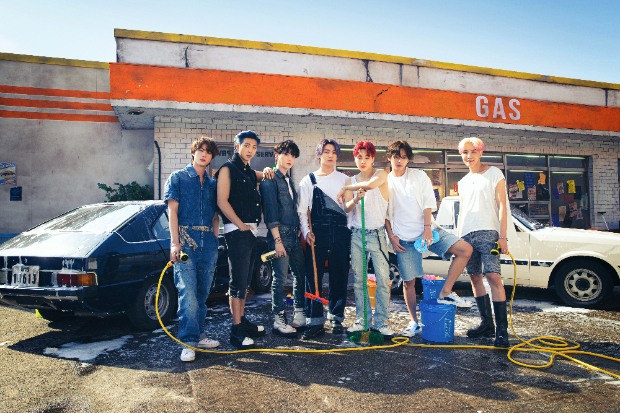 In the new concept photos, RM, Jin, Suga, J-Hope, Jimin, V, and Jungkook embrace the summer vibe in denims, overalls, white tank tops setting the bar too high for casuals. But, interestingly, the concept is car washing at gas station, something which we have watched in movies, but literally, no one predicted BTS would imbibe this vibe. They are definitely ‘hot like summer’.