Please Like Us!!!
DesiGoogly > Brahmāstra Motion Poster Launch: Ranbir Kapoor pays tribute to his father Rishi Kapoor; reveals what he said about the film

Ayan Mukerji’s upcoming film Brahmāstra is one of the most awaited films. The film which stars Ranbir Kapoor, Alia Bhatt, Amitabh Bachchan, Mouni Roy, Nagarjuna, has been delayed multiple times but is now ready to share their journey with the audience. The team began their journey on a fiery note with the launch of the motion poster at a grand event in Delhi on Wednesday. The motion poster introduced Ranbir Kapoor as the powerful Shiva and gave a glimpse of the stunning visuals the audience will witness on the big screen. 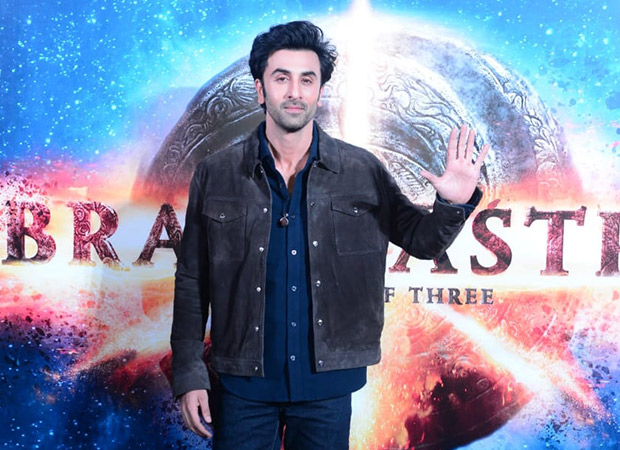 At the event, Ranbir Kapoor remembered his father Rishi Kapoor, and paid a delightful tribute to him. “I miss my father terribly today. I remember during the making of the film, during the last how many years he kept fighting with Ayan and me and kept questioning us what are you doing? Who takes so long to make a film? Who spends so much money? Ranbir, you are not making one penny on this film. VFX film kaun dekhega India mai. India mai koi VFX film nahi dekhta . But I believe that he is here somewhere. I hope he is proud. I hope he is smiling.”

Further, Ranbir paid a tribute to his father by reciting his iconic dialogue ‘Kya tumhe kabhi kisise pyar kiya’ with the audience joining in to complete the dialogue.

Directed by Ayan Mukerji, Brahmāstra will be released in cinemas on September 9, 2022, almost 9 months later. However, the motion poster proves that the wait until now has been worth it and we cannot wait to see how the long marketing campaign of the film pans out.

ALSO READ: Brahmastra begins on a fiery note with the introduction of Ranbir Kapoor as Shiva; watch motion poster