Ayan Mukerji directed Brahmastra marks Ranbir Kapoor and Alia Bhatt’s first film together. The film has been in the making for many years and the release of the film has been delayed multiple times. But now the makers are finally ready to share the journey of Brahmastra with the audience. The team began their journey on a fiery note with the launch of the motion poster at a grand event in Delhi on Wednesday. The motion poster introduced Ranbir Kapoor as the powerful Shiva and gave a glimpse of the stunning visuals the audience will witness on the big screen. 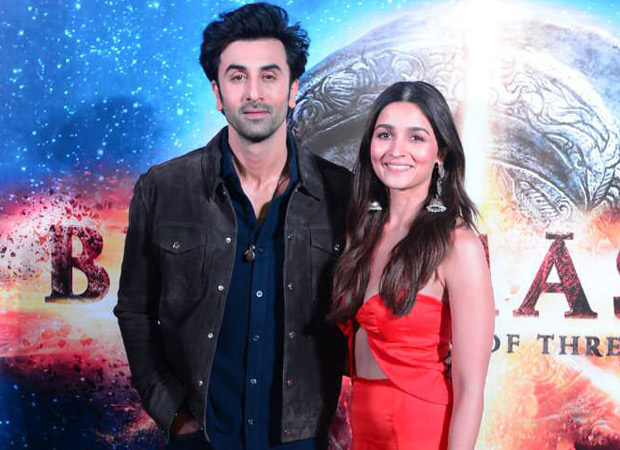 Once Alia Bhatt and Ranbir Kapoor get together on stage they get a little flirty and their chemistry makes the audience be in awe of them. During the event, Ranbir asked Alia about her relationship with the letter R. “R se kya relationship hai tumhara. What is R? Why these people keep asking RRR?,” he asked. Alia, who did not see the question coming, blushed and said, “Truth yeh hai ki mere life ka sabse bada number 8 hai.”

Recently, at the trailer launch of RRR, Alia was asked the same question by the media. Alia will be essaying the role of Sita in SS Rajamouli’s upcoming film titled RRR.

Later on, during the fan Q and A round, the couple was asked about their impending wedding. “When is Ranbir marrying Alia?” came a question from the fans. Answering the question, Ranbir said. “Well, haven’t we seen a lot of people getting married in the last year? I think we should be happy with that.” He then turned towards Alia and cheekily added, “Humari kab hogi (When will we get married)?” To this, Alia said, “You are asking me?” Ranbir was quick to add that his question was directed to Ayan. “Aaj ke liye ek hi date kaafi hai (One date is enough for today). Brahmastra ki release date,” Ayan said, asking fans that they’d have to wait for the wedding date.

Brahmastra will be released in three parts with the first part releasing on September 9, 2021.

ALSO READ:  Brahmastra begins on a fiery note with the introduction of Ranbir Kapoor as Shiva; watch motion poster