Please Like Us!!!
DesiGoogly > Bombay Times Fashion Week: Tara Sutaria is every millennial’s desi dream in a gorgeous red gown

Tara Sutaria is a millennial trendsetter. She loves herself some mom style ripped denims, shoulder baggettes, dad sneakers, cutesy skirts and sets- she has the most effortless and chic street style in B Town. This time around, it’s a desi takeover and we can’t help but love it. 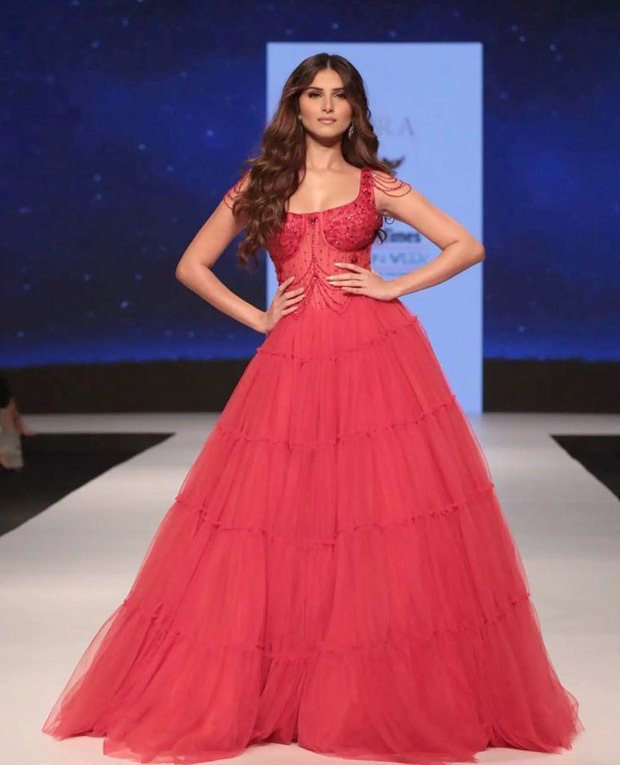 Tara Sutaria walked the ramp for the Bombay Times Fashion Week. She wore a gorgeous, regal red gown. The dress featured a heavily embellished fitted corset styled brocade. The dress featured a cinch at the waist with a heavily poofed bottom. Tara looked breathtaking as the red brought out her eyes with heavy shimmer makeup, tinted lips and her hair in middle parted wavy hair.

Meanwhile, on the work front, Sutaria has Milan Luthria’s romantic-action-drama Tadap lined up for release in September.