The youngest member of K-pop female group Red Velvet, Kim Ye Rim aka Yeri, made her acting debut with the mini drama Mint Condition which was a part of Drama Stage 2021. She was amongst the main ensemble cast in the show, and shone bright. Playing the role of an eccentric nurse named Hong Chae Ri, Yeri nailed the character portrayal with the dry humour and nonchalant behaviour needed for the role. 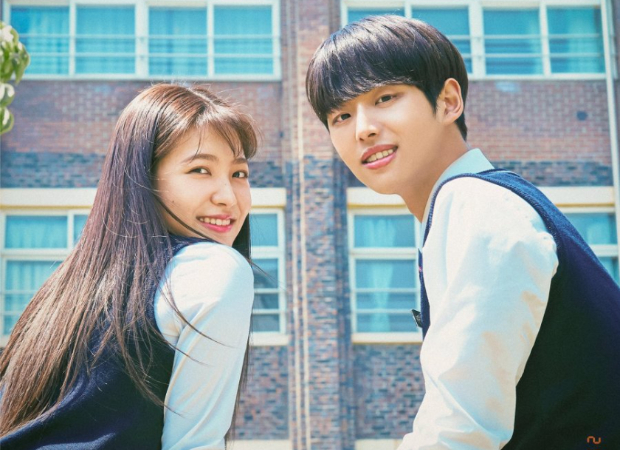 Her acting debut as a lead came shortly after with the ongoing Korean drama Blue Birthday. From the studio who made A-TEEN and Love Playlist, this drama is a fantasy romantic thriller that gets intriguing with each episode. She plays the lead Oh Ha Rin opposite Pentagon’s Yang Hong Seok, or as he is popularly known, Hong-seok, who plays Ji Seo Jun. Oh Ha Rin is a bubbly high school student who has a crush on her friend of 10 years, Ji Seo Jun. Ji Seo Jun is the perfect student with good academic and extra-curricular activities. Pentagon’s Hongseok is not new to the K-drama scene with acting credits for dramas like Move toHeaven, Anniversary Anyway, Best Chicken, etc. to the list. His character Ji Seo Jun in Blue Birthday shows off a calm and cool personality, and he doesn’t speak about his personal thoughts or struggles.

The idol drama’s story revolves around the mystery behind the death of Ji Seo Jun on Oh Ha Rin’s birthday. Since then, her birthday was only a reminder for her incomplete love and the loss of a dear friend. The show jumps back and forth between their high school days and then forward 10 years in the present. The mini-drama sports the telltale themes of fantasy and time travel that make the story much more interesting than just a teen idol drama. We know that Oh Ha Rin travels back in time after burning a black and white photo she received from the photo studio. The owner of the said photo studio knows something for sure, and it will be interesting to see what part he plays in the forthcoming episodes. Kim Shin U is a mysterious character, and with the latest episode, one cannot help but become suspicious of him.

As it is revealed in episode 3 of the drama, that the past actions might change, but one cannot be brought back from the dead. While Ji Seo Jun’s unfortunate passing is shocking, and the episode did indicate that he isn’t coming back. But in episode 4 & 5 we see that Ji Seo Jun is hale and hearty as a 28-year-old doctor. In episode 6 again, we are back to the where we began, with Ji Seo Jun’s absence in the present. Episode 7 and 8 give a new spin to the story and in turns give ways to new bramch of theories! Ji Seo Jun is the key to several questions, and Oh Ha Rin is on a quest to find them!

The drama is light and heavy at the same time. The cinematography used in the show speaks about the situation as well. The high school days sport a bright palette frame whereas the present days sport a darker palette frame. In episode 1, the breaking of her hairband and Ji Seo Jun calling her is symbolic to her remembering her times at the high school and her desperate hope to see Ji Seo Jun alive. With about 25 minutes or less per episode, the show has managed to pique interest of the audience with each episode. Eight episodes have aired so far, the story keeps on building on the suspense.

The REVELUVS and UNIVERSE (fandom names) have taken to social media to show their excitement towards the drama.

What a plot twist. Harin isn’t only the one who can travel in the past. Because Seo Jun could do also. This drama is getting more interesting. It’s time to unfold the stories. #BlueBirthday #BlueBirthdayEp8 pic.twitter.com/7EGnySVydo

“Do you know what a hard life I live for ten years without you? Every second was painful. I lived in regret everyday. To get you back to life, I’ve been trying everything.”

Harin speaks what’s in her mind and heart. She was purely in pain ????????#BlueBirthday #BlueBirthdayEp8 pic.twitter.com/eL2J69Hf46