Please Like Us!!!
DesiGoogly > BLACKPINK’s Rosé looks breathtaking on the cover of Vogue Australia in Saint Laurent jumpsuit worth Rs. 1.42 lakhs

Popular Korean band BLACKPINK member Rosé, who recently made her solo debut, has surprised her fans by appearing as the cover star for Vogue Australia’s April edition. She is already tuling hearts with her sensational singing, and this time it was all for fashion. 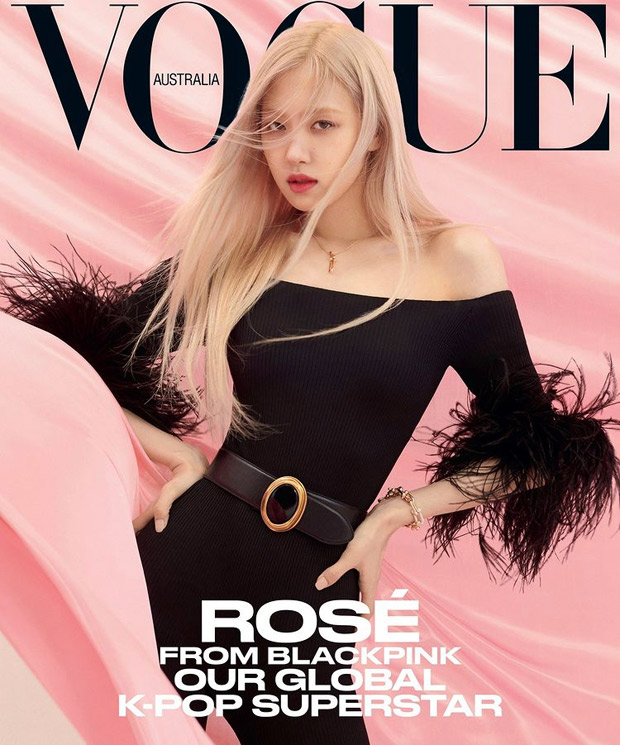 Vogue Australia took to their Instagram handle to share the cover with a caption that read, “Our own @roses_are_rosie is our April #Vogue cover star! One quarter of the world’s most famous K-pop band, #Blackpink, Rosé—who wears @ysl by @anthonyvaccarello and @tiffanyandco on the cover—was born in Auckland but grew up in Melbourne, and has now found super-stardom in Korea’s juggernaut world of K-pop.”

She opens up coming to South Korea from Australia and starting a career as BLACKPINK member. She said in her interview, “I decided to drop out of school and all my teachers and friends were like: ‘What?! Why are you leaving!? Nobody knew what K-pop was, so nobody understood where I was going.”

Vogue Australia posted few pictures of the singer, where she was looking nothing but absolutely glamorous in a luxurious off-shoulder rib net black jumpsuit with feather cuffs worth £1,415 (Rs. 1.42 lakhs approx). She is brand ambassador of Saint Laurent and wore Summer 2021 collection. The dress featured tassels on the sleeves which she adorned with a black belt worth £565 (Rs. 57040 approx).

To complete the look, she went all minimal but subtle with the makeup base and pink lips, keeping her hair all open. The singer accessorised the look with a golden bracelet and a neckchain.

Rosé released her highly anticipated solo album ‘R’ on March 12. Marking her debut as a soloist, the title track ‘On The Ground’, came with a visually compelling music video.