Please Like Us!!!
DesiGoogly > BLACKPINK’s Rosé keeps it chic and stylish in head-to-toe YSL

Popular Korean band BLACKPINK member Rosé, who recently made her solo debut with album ‘R’, is already ruling millions of hearts with her sensational singing. She also holds a great sense of style. 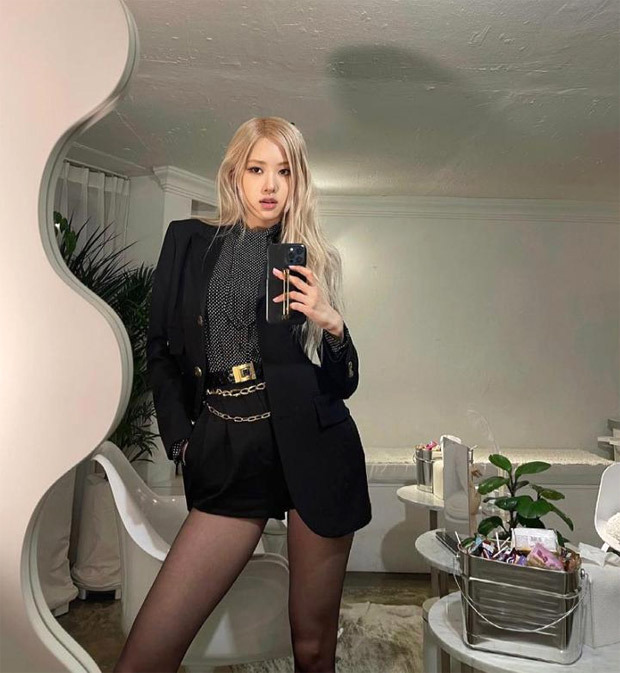 Recently, the singing sensation posed in ready-to-wear Saint Laurent Summer 2021 collection. She was dressed in formal yet chic black-white checkered knotted silk shirt by YSL which she adorned with black pleated shorts. To complete her look, she even paired YSL black blazer and pair of stockings to her attire which added an element of class to the outfit.

Talking about accessorising her outfit she went for a belt and little waist chain to complement the look. Keeping her look subtle with minimal base and winged eye, she kept her hair all open and posed all sensually for her Instagram. She made an appearance at the inauguration of first flagship store of YSL in Seoul. 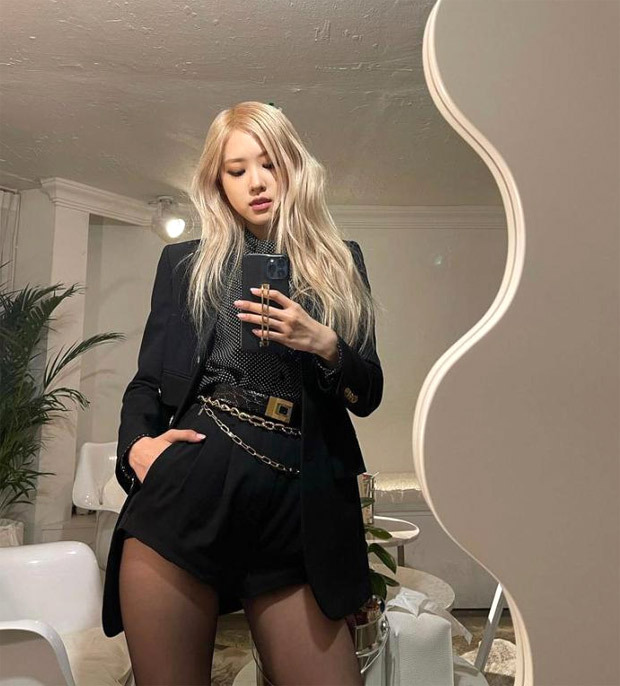 Rosé recently released her highly anticipated solo album ‘R’. Marking her debut as a soloist, the title track ‘On The Ground’ was unveiled on March 12. In April 2021, she released the music video for the B-side track ‘Gone‘. She set two new Guinness World Records titles with her solo lead single.

Also Read: BLACKPINK’s Lisa makes a stunning statement in Celine on the cover of Vogue Japan