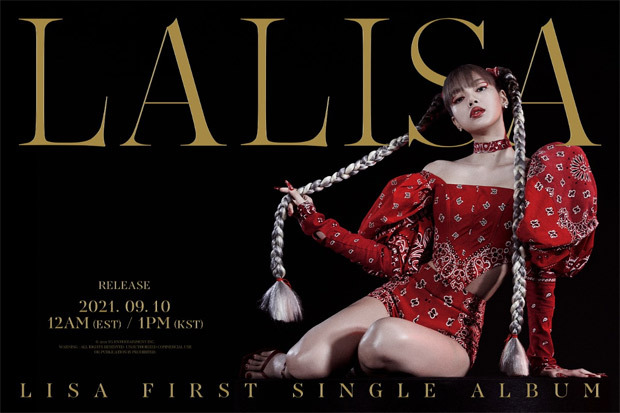 On August 25, BLACKPINK’s official account tweeted the teaser poster of the album with a caption that read, “#LISA FIRST SINGLE ALBUM LALISA TEASER POSTER.” Lisa is dressed in a printed off-shoulder balloon sleeved top with cut-outs on the side and high-waisted shorts.

Meanwhile, the group’s member Jennie released her single ‘Solo’ in 2018 and her music video has surpassed 650 million views. Rosé released her highly anticipated solo album ‘R‘ with the title track ‘On The Ground’  on March 12, 2021, and the second single ‘Gone‘ in April 2021.

BLACKPINK recently released their first Japanese album and a movie for their 5th anniversary.