The paradigm of the game changes dramatically every time a contender enters the Bigg Boss house as a wild card entry. This time there are not one but two who are about to make a ‘Wild Card’ entry into the house in the upcoming episode! After creating a solid impact on the OTT format, Neha Bhasin and Raqesh Bapat enter the Bigg Boss house, which prepares for Diwali. Their OTT experience has given them enough experience to become fierce competitors this season! As the Diwali celebrations are happening outside, Bigg Boss 15 contestants are also getting shocks and surprises inside the house. In the upcoming episode, the audience will get to witness major twists and turns. 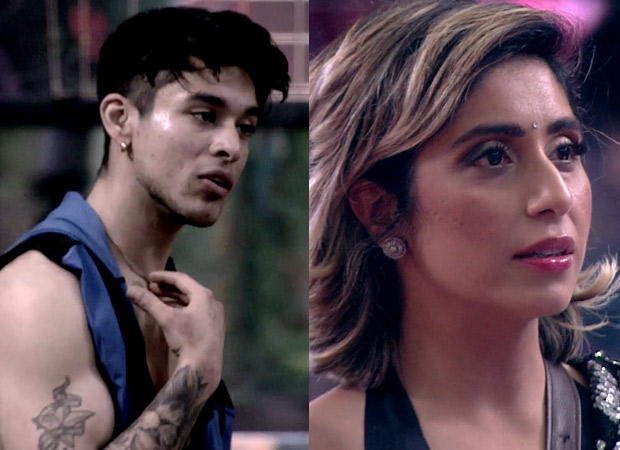 In a recent promo shared by the makers, the contestants go through a tough time as they sacrifice gifts from their families. While some get emotional on receiving the gifts, others get emotional as they lose a chance to feel their family’s love at the festival. Meanwhile, another part of the promo shows Bigg Boss OTT contestants Raqesh Bapat and Neha Bhasin entering the house as wild card contestants. While Neha hugs and meets Shamita Shetty, Raqesh enters in the chimpanzee costume and hugs her from behind. And a sight of him makes the actress emotional.

While Raqesh and Shamita are at the start of a relationship, Neha is also extremely close to her, which indicates a drastic change in the equation between all the housemates in the near future. Even Nishant had a terrific rapport with Raqesh while Pratik was tight with Neha in the Bigg Boss OTT season on VOOT. With rivalries already intensifying in previous episodes with the entry of a new contestant (who shared a bond with an existing contestant before the show), this plot twist promises to be a game-changer.

Soon after her entry, Neha warns Karan Kundrra and says that he must stop talking about others behind their backs. Another shock that the audience is going to witness is her stern behaviour towards Pratik Sehajpal, who was quite close to the singer during their OTT edition.

The promo shows Neha stopping Pratik from hugging her, exclaiming that she doesn’t want him to get into that space. She further tells him to maintain distance from her. “If I don’t want to say something, then please don’t voice it this time. Because I don’t want to be in that space again,” she says.

Neha Bhasin talks about her upcoming journey in the Bigg Boss house, “This season of Bigg Boss already has some terrific competitors, including a couple of dear friends. I know I’ll thoroughly enjoy this show, given that I have never found any other challenge to be as invigorating as ‘Bigg Boss.’ Winning this glorious competition will be no walk in the park, but I am ready for anything that comes my way. Though people may have a light-hearted impression of me, I will not hesitate to bring out my fighting spirit at the right time!”

Raqesh Bapat also shares his thoughts about re-entering the Bigg Boss house (in a different format), “OTT season was great, but our ‘Wild Card’ entry in the Bigg Boss 15 house will make the journey even more amazing. I’m so happy to spend more time with Shamita as I also saw how much she was missing me inside the house. Hence, I feel this is the right time for me to enter the house! This is the ultimate game of survival and glory! I will always remain this way and will try to win the game on my own accord. I am well prepared and confident of my decision to enter the house; it will be a roller coaster ride of emotions, gameplay, and changing equations. I am looking forward to this new journey with high spirits.”

Bigg Boss 15 is currently airing from Monday-Friday and gearing up for Weekend Ka Vaar with Salman Khan.