Please Like Us!!!
DesiGoogly > Bigg Boss 15: Shetty & Raqesh Bapat’s chemistry gets abundant love from the viewers

Bigg Boss 15 has been leaving no stone unturned in entertaining the audience with its over the top content. Be it anything from romance to drama to fights, it has everything to serve to the audience. recently, we saw two wildcard entries in the house which was of none other than Bigg Boss OTT contestants Raqesh Bapat and Neha Bhasin. Well, their entry made their reunion possible with Shamita Shetty. 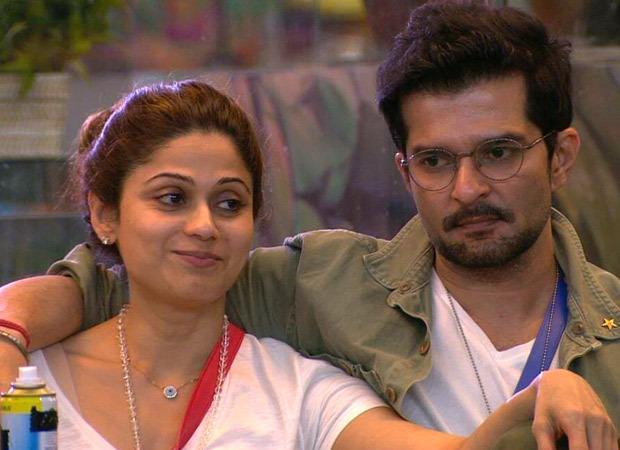 Now, the fans of Shamita and Raqesh are in for a treat. The duo created a stir with their chemistry in Bigg Boss OTT. Ever since the actress went inside the Bigg Boss 15 house, the audience was anticipating watching her again with Raqesh Bapat. Thus, on heavy public demand Raqesh entered the house. The reaction of Shamita Shetty after seeing him has broken the internet.

And now that the adorable couple is reunited, fans can’t get enough of their cute moments. Netizens are sharing the minute details of them together – from sharing the water bottle to dancing on Diwali night. In one of the videos, Raqesh Bapat asks her to take her protein because he is concerned about her health. While in another, we see them hugging in the morning for a power boost.