Bigg Boss 15 is all about thunder and lightning with three new ‘Wild Card’ entries in the house, Rashami Desai, Devoleena Bhattacharjee, and Rakhi Sawant! Their arrival leaves everyone shocked as they try to fathom this spectacular twist. It’s also Weekend Ka Vaar which means the contestants get a dose of Salman Khan and their report cards. 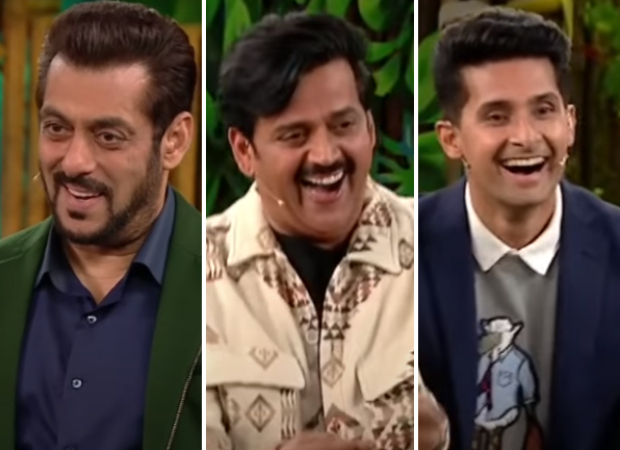 This weekend’s guests are actors Ravi Kishan and Ravii Dubey who stars as Matsya Thada and ACP Tejraj Singh, respectively, in the show, Matsya Kaand. In the clip released by Colors, the actors were seen playing a game of charades where Salman Khan has to guess the names. In the first one, he got Katrina Kaif’s name to guess and the second one was a Bhojpuri song ‘Tohar Chumma Vitamin A’.

Meanwhile, Mastya Kaand is the story of an honourable con artist – Matsya Thada (Ravii Dubey) who conducts his kaand with aptitude, intelligence, and charm rather than using his brawn. Notorious to have pulled off the most unique and biggest cons across the country, he always manages to slip past the cops as he moves from one job to the next. But fate throws him a new curveball when ACP Tejraj Singh (Ravi Kishan) is given the charge of Matsya’s case and wants to apprehend him at any cost. A cunning, ruthless and focused cop – ACP Tejraj’s biggest strength is that he can think just like his targets and he doesn’t fear going against the system to justify a means to the end. What follows is a cat and mouse chase with Matsya challenging ACP Tejraj to catch him if he can, making this an entertainment potboiler to watch out for.