Actors Salman Khan and Bhagyashree rose to fame with their performance in the 1989 film Maine Pyar Kiya. Salman Khan who is currently hosting the reality show Bigg Boss 15 will be welcoming Bhagyashree as a special guest on the Weekend Ka Vaar episode. 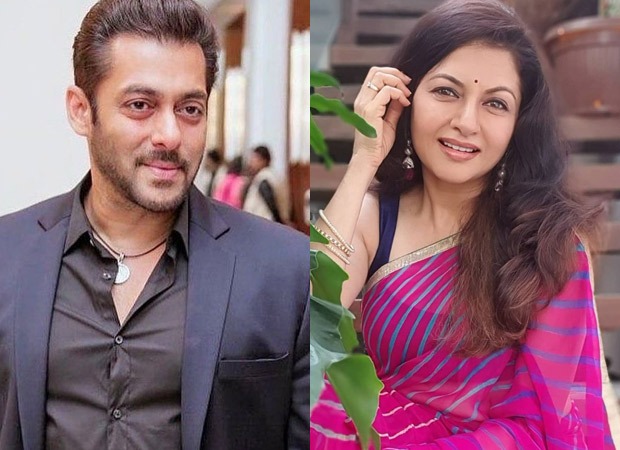 Colors TV shared a glimpse of their reunion on their social media handle. Bhagyashree looked gorgeous in a light pink saree while Salman Khan appeared on the show in a crisp suit. In the video, we see Bhagyashree standing on the stage as Salman enters on a bicycle. The actors lip sync to the song ‘Tum Ladki Ho‘ from their film. Salman holds Bhagyashree’s hand as he continues to cycle around her.

Maine Pyar Kiya was Bhagyashree’s debut film and makes Salman’s first film as a lead actor. A couple of years later, Bhagyashree left the film industry and made her comeback this year with the film Thalaivii. She will next be seen in Radhe Shyam.

As for Salman Khan, he is gearing up for the release of his film Antim-The Final Truth directed by Mahesh Manjrekar, and co-starring Aayush Sharma. The film will be released in theatres on November 26.