Please Like Us!!!
DesiGoogly > Bigg Boss 15: Captain Umar Riaz gets into a fierce battle with challenger Pratik Sehajpal

In the recent episode of Bigg Boss 15, Umar Riaz was made the captain of the house, who has been doing his best to keep the ship running ever since. But it appears he’s about to have a mutiny on his hands as Pratik challenges his captaincy in today’s episode. The two fiery contestants square off in a hardcore battle of words that gets everyone gawking. 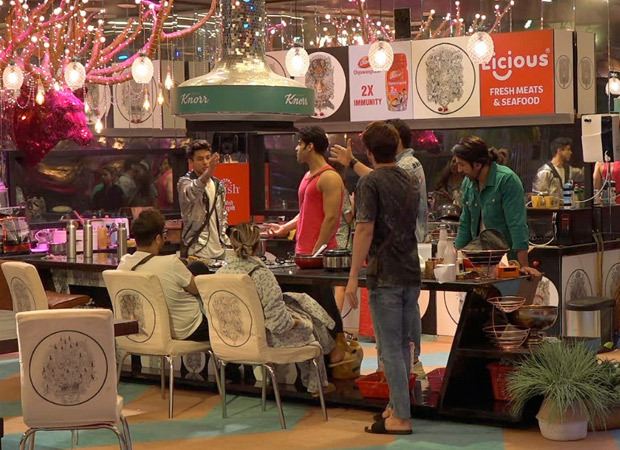 The kitchen seems to have become the customary start of many fights in the house. Once again, it appears that someone isn’t taking their kitchen duties seriously! Pratik’s kitchen performance has been sub-par, leading Umar to confront him to fulfil his duties! In no time, the exchange of words escalates into endless bickering, with them lashing out insults at one another. Umar angrily tells Pratik, “Tu bawarchi hai, khana bana!” Pratik retorts, “Paagal ho gaya hai kya?” Umar reminds Pratik of  his captaincy, to which Pratik says, “Captain hai toh iska matlab yeh nahi tu kuch bhi karega!”

The housemates’ efforts are all in vain, as these two are in no mood to go easy on each other. Umar angrily yells at Pratik that he only talks and has no substance. The latter counters, “Mera muh hai, main kuch bhi bolunga!” Umar threatens him, “Zyaada ud raha hai na? Tere par kaat dunga!” All hell breaks loose! On the other hand, Afsana has been sucked into a corner given her behaviour in the past few days. Her housemates nervously watch her fate unfold in the house as ‘BIGG BOSS’ takes account of everything she has done.