Please Like Us!!!
DesiGoogly > Big Hit Music confirms Ed Sheeran has participated in another track for BTS

Popular musician Ed Sheeran is back with his new single ‘Bad Habits’ which dropped on June 25. Amid the promotions of his single, he confirmed that he has participated in another track for South Korean juggernaut, BTS. The group is basking in the glory of their latest English single ‘Butter’ which has been topping the Billboard Hot 100 charts for four consecutive weeks. As the world’s biggest band gears up for the release of their ‘Butter‘ CD single along with a new track, it seems like the group has also collaborated with Ed Sheeran again. 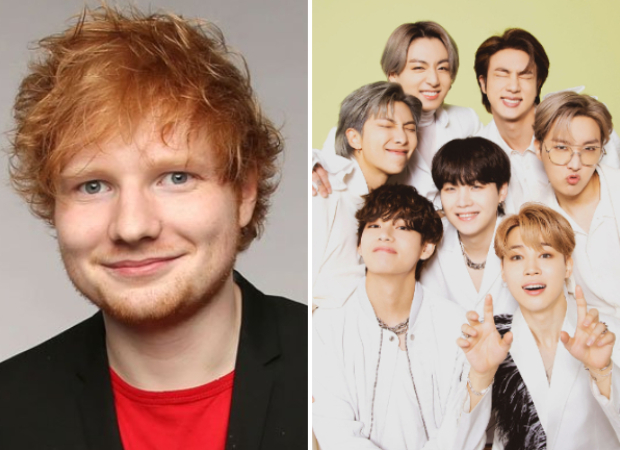 Ed Sheeran, while speaking to the American radio show Most Requested Live, revealed, “I’ve actually worked with BTS on their last record, and I’ve just written a song for their new record. And they’re like super, super cool guys as well.”

On June 27, Big Hit Music told to Korean news tabloid Newsen in a statement, “It is true that Ed Sheeran is participating in BTS’s new song.” As of now, it is unclear whether Sheeran has participated in the new track that will be released along with the ‘Butter’ CD single or it is in their next album. Big Hit Music said, “We cannot confirm the details.”

Ed Sheeran and BTS previously worked together on the song ‘Make It Right’ from BTS’s 2019 album Map of the Soul: Persona.

Meanwhile, BTS’ dance-pop anthem ‘Butter’, which released on May 21, is at No. 1 on the Hot 100 chart for a fourth consecutive week, making BTS the first Asian act in history to achieve this milestone. It becomes the group’s longest-leading No. 1 hit, surpassing the three-week run of ‘Dynamite‘. BTS has dropped one instrumental and three remixes of ‘Butter’ – Hotter Remix, followed by Sweeter and Cooler remixes.  ‘Butter’ single CD will be released in two versions  – Peaches and Cream. The new track details are yet to be announced officially. It releases on July 9, 2021.