Please Like Us!!!
DesiGoogly > Bebe Rexha goes all glam on the cover of L’Officiel India’s April 2021 collector’s edition

American singer and songwriter Bebe Rexha surely needs no introduction. She is the bundle of talent who has innumerable awards, massive hits under her success hat. Now, she is winning us over her fashion as she poses for of L’Officiel India’s April 2021 collector’s edition which is their 20th anniversary issue. 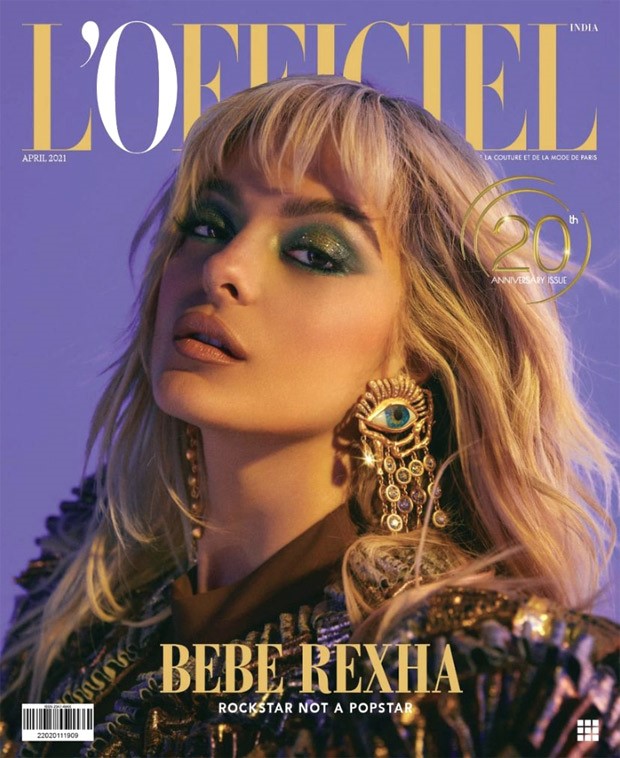 On the cover, the music sensation was seen donning quite fiery looks. From dress to bodysuit, she aced it all. For the cover, she was seen in a brown bodysuit which she adorned with studded purple designed jacket from Sebastian Gunawan.

Well not only the attire was impressive but we are obsessed with her look as she went all glam with it. Keeping it all bold, she went with bold shimmery green smokey, lashed up eyes, blushed up cheeks and lot of highlighter matching it with pink lips. She accessorised the attire with pair of statement earrings from Schiaparelli as the earrings featured eyes shaped designs giving it an exclusive look.

On the work front, Bebe Rexha announced her second album ‘Better Mistakes’ which is set to release on May 7 2021.

Also Read: Prince of Reggaeton J Balvin makes a statement on the cover of L’Officiel India