The 75th British Academy of Film and Television Arts (BAFTA) has begun. The first night on April 10th saw various wins and the main event takes place on 11th April at the Royal Albert Hall in London, United Kingdom. Touted to be a night of celebrations, musical performances, and star Award presenters, this is something we have all been really excited about. Priyanka Chopra will be one of the presenters and she is red carpet ready! For the ceremony, Priyanka Chopra kept it elegant in a silk mikado jacket with hand-painted, beaded, and pleated butterflies and plissé skirt by designer Ronald van der Kemp. She kept her hair tied in a ponytail with balloon pleats, some strands of hair beautifully laying on her face. 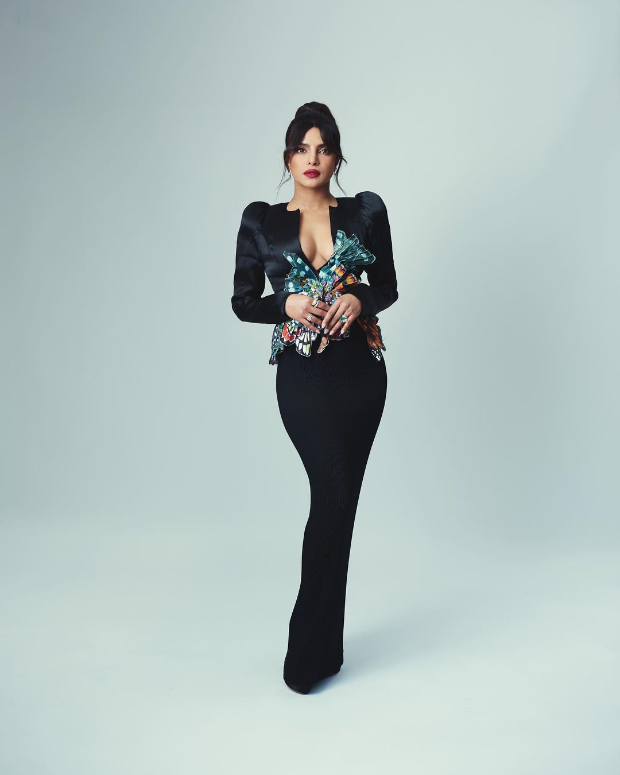 Going for signature dark lips, she opted for minimal makeup with slight peach eyeshadow. She wore Bulgari rings and earrings with Stuart Weizman heels to complete the look.

She will be presenting at the ceremony. The diva will be joined by other presenters which include Phoebe Dynevor, Chiwetel Ejiofor, Cynthia Erivo, Hugh Grant, Richard E. Grant, Tom Hiddleston, Felicity Jones, Gugu Mbatha-Raw, James McAvoy, David Oyelowo, and Pedro Pascal.

On the work front, Priyanka Chopra was last seen in Netflix’s adaptation of Aravind Adiga’s Booker Prize-winning novel The White Tiger. She further has some exciting projects lined up including Matrix 4, Text For You and Citadel.

ALSO READ: Priyanka Chopra Jonas says she was immobilized after hearing of Sridevi’s death, expresses her love for her