After three days an income tax raid Taapsee Pannu is back on her feet ready to get back to normal life. When I asked how she was Taapsee replied, “I am very very much okay. Now one has got to do what one has got to do. I have to start work immediately.” 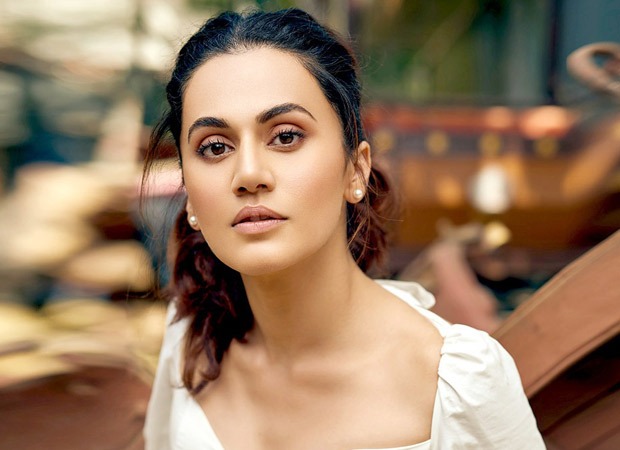 A friend of Taapsee reveals she has taken the setback in her stride. “Taapsee is not one to be daunted easily. She has nothing hide. While the raid was, she was not worried about herself but her parents and sister. It is unacceptable to her that her family should suffer on her behalf.”

The Thappad actress has acquired the reputation of featuring on strong feminist roles says she is not afraid of the future. “The audiences’ expectations challenge me to do better and better. I want them to come to the theatre with expectations of something special, something substantial. Now there are expectations not only from my films but from the characters I play. And that’s fine.”

Not that she is not open to smaller non-pivotal parts. “I am open to smaller parts such as Soorma and Mission Mangal as long as I’ve something to contribute to the plot. I have to be relevant. But I can’t do small roles where I the audience goes home with me making no impression. That would backfire. There was a Telugu film I did two years ago where I was there in the first-half then I vanished in the second-half and then I returned in the last twenty minutes. I could feel the audiences’ waiting for my return in the plot. That kind of expectation is both scary and exciting. I feel if I do an inconsequential role audiences will feel cheated. And that’s a bitter-sweet feeling.”

Taapsee feels responsible towards the audience. “They should never feel let down by my films. I don’t want them coming out of the theatre muttering, ‘Yeh kya bakwas dikha diya?’

Also Read: Taapsee Pannu takes a dig at the recent findings of the Income Tax raid at her home, says, “Not so sasti anymore”