Actress Athiya Shetty and cricketer KL Rahul are currently holidaying in London. The rumored couple sparked rumors of their dating after fans saw a lot of cozy pictures of them together on their respective Instagram handle. Actor and father Suniel Shetty had also hinted about their relationship by telling that the duo looks great together. Even though their Instagram profile is filled with lovey-dovey pictures the couple still denies their relationship status. 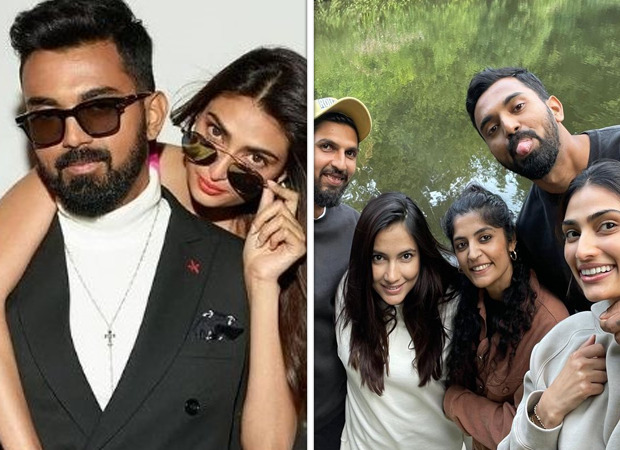 Athiya Shetty, KL Rahul, Ishant Sharma, and Pratima Singh are seen posing in front of a lake while Athiya is taking a groupie. After going to London this is the couple’s first picture that has surfaced online. All are seen dressed in warm woolen outfits while KL Rahul has kept his hands on his ladylove and is teasing the camera.

It is also said that KL Rahul had referred Athiya as his companion to the officials of the Indian Premier League. Actor Suniel Shetty had also remained tight-lipped when asked about Athiya holidaying with KL Rahul. He revealed that Athiya is spending time with her brother Ahan Shetty in London. Athiya Shetty will next star in footballer Afshan Ashiq’s biopic film, Hope Solo.