Bigg Boss 13 premiered two years ago in 2019 and proved to be the most blockbuster season of all time. Even today after two years, its contestants are still fresh in the minds of viewers. The season was full of entertainment, be it Shehnaaz Gill’s bubbly attitude, Asim Riaz and Sidharth Shukla’s friendship, Paras Chhabra and Mahira Sharma’s friendship and much more. 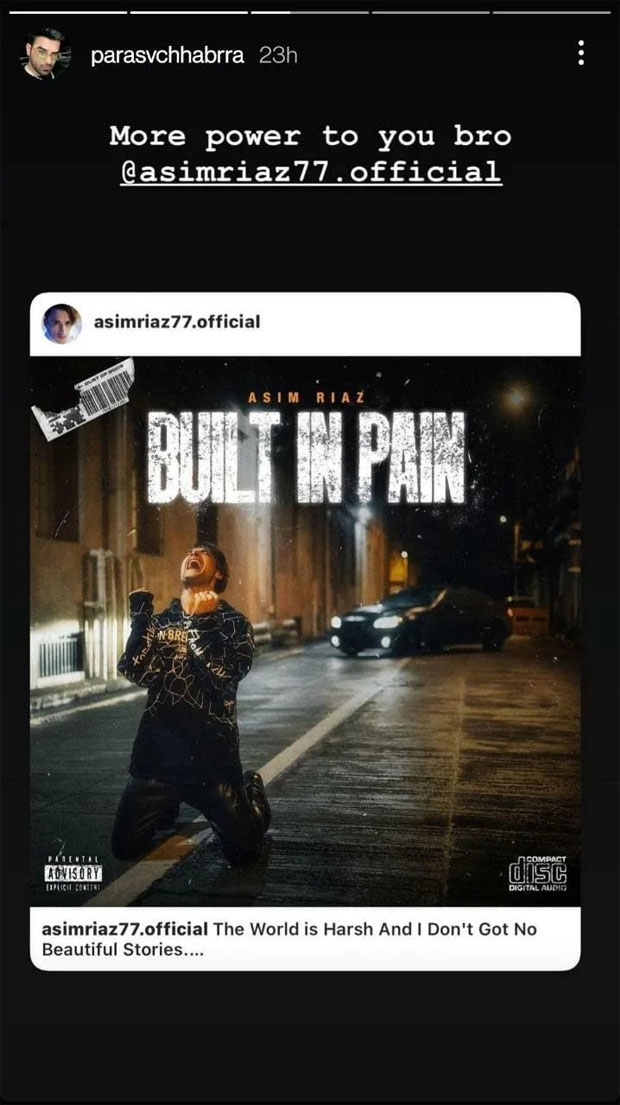 While apart from having great friendships, the season also had some over the top enmity. One of the enmities which took place from the beginning of the season was of Asim Riaz and Paras Chhabra. The duo locked horns with each other many times in the show and also had some ugly fights. Post Bigg Boss, Paras and Asim didn’t have any contact and neither did they met each other. However, recently hearing Bigg Boss 13 winner Sidharth Shukla’s demise both of them were utterly shocked and rushed for his last rites.

Meeting there, both of them learned about the uncertainty of life and decided to end the enmity. The duo raised a hand of friendship and have even followed each other on Instagram. Not just Paras, but Paras Chhabra’s close friend from Bigg Boss, Mahira Sharma as well has decided to start the friendship with Asim on a new note.

Both Paras Chhabra and Mahira Sharma even shared the poster and link of Asim Riaz’s latest single ‘Built-In Pain’ on their Instagram story. Paras even addressed the model-rapper as “bro” and also wished him luck.