Please Like Us!!!
DesiGoogly > Arjun Kapoor shares an adorable childhood picture with his cousins

Actor Arjun Kapoor took to his Instagram and shared an adorable throwback from his childhood days on the occasion of his cousin Akshay Marwah’s birthday. The picture also features Mohit Marwah and Sonam Kapoor Ahuja. 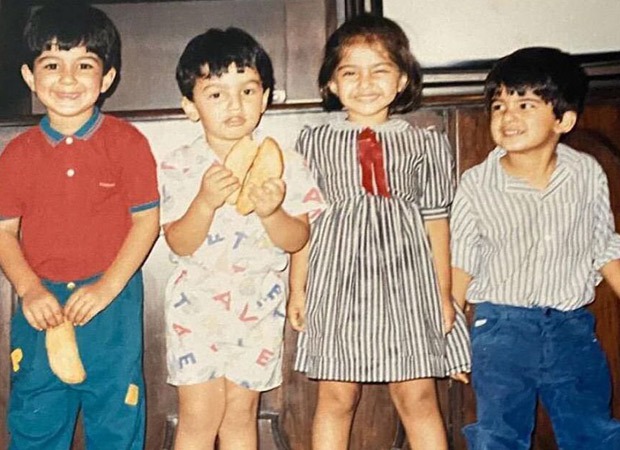 In the pictures, all four of them looked extremely cheerful as Sonam can be seen flashing her wide smile while striking a pose next to Arjun and Akshay. While on the other hand, Mohit is busy posing with a Rusk in his hand. Sharing the picture, Arjun wrote, “Happy birthday @akshaymarwah22 !!! Time flies but the bond remains stronger than ever… also important to note that I am certain I did share that Rusk with him which he was staring at…”

The picture has got the attention of many netizens and even from the industry people. Seeing this Arjun’s uncle Sanjay Kapoor wrote in the comment sections, “I don’t think you shared the rusk @arjunkapoor” while birthday boy Akshay replied, “Love you” with a kissing face emoji.

On the work front, Arjun Kapoor had the latest release of horror-comedy Bhoot Police.