Bollywood actress Anushka Sharma has been away from her homeland India. The actress is currently in London, England and is accompanied by her cricketer husband Virat Kohli and daughter Vamika. The Couple has been there in London since June this year for Virat Kohli’s India’s tour of England. 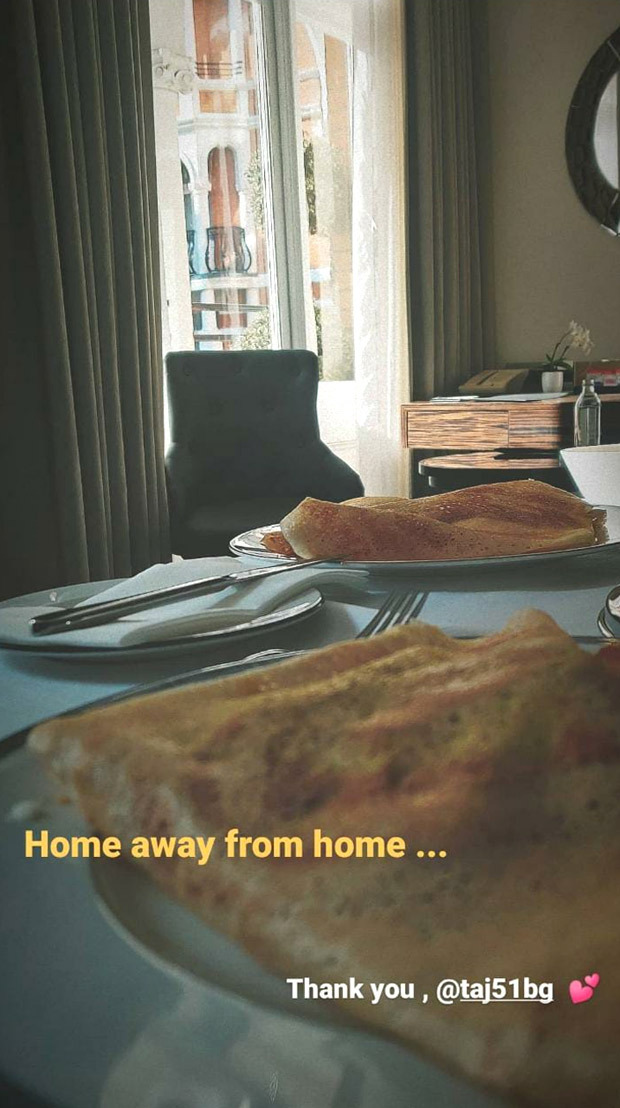 While she has been away from India, she was really craving some Indian cuisine and flavours. For the same, was seen binging on some South Indian cuisine. The actress got her taste buds rejuvenated as she was ordered some delicious dosas near Buckingham Palace. Anushka shared the picture of the delicious meal from her hotel room.

Sharing the picture on her Instagram story Anushka wrote, “Home away from home,”. She also thanked the hotel Taj 51 for its hospitality. Taj51 is located in the Buckingham Gate which is near The Buckingham Palace. It is the area where most of the British royal family resides.

On the work front, Anushka was last seen in Aanand L Rai’s Zero co-starring Shah Rukh Khan and Katrina Kaif. The actress has not been away from showbiz and has been producing films and series but is yet to announce her next project as an actor.