Please Like Us!!!
DesiGoogly > Anushka Sen channels princess vibes in green lehenga set as she enjoys her Udaipur vacation

Television actress Anushka Sen is very active on her Instagram account. Keeping her fans updated with reels and pictures, she never fails to impress. Recently, the actress is enjoying her time in Udaipur and we are loving her photo dump. 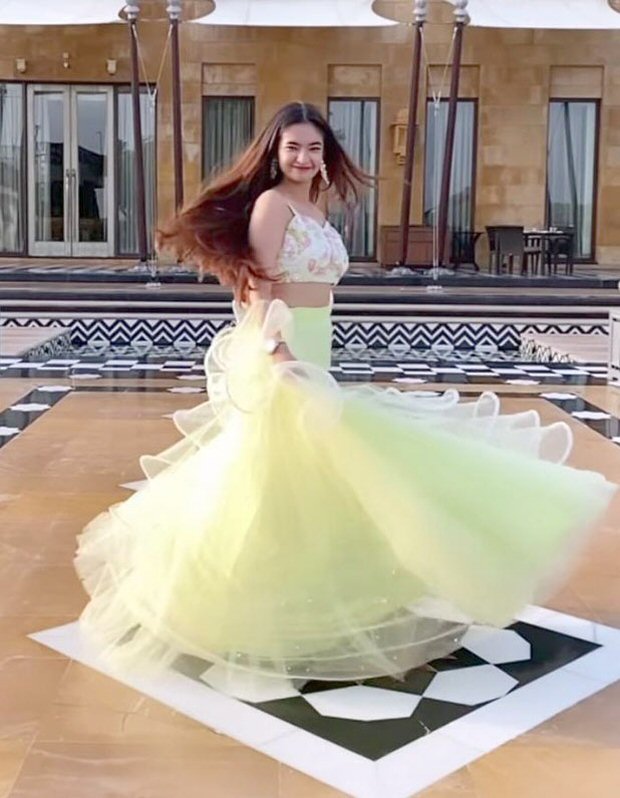 The actress took on her Instagram to share a beautiful reel with her fans, in the reel we can see her flaunting off her green lehenga as she twirls around. She was donning an all green lehenga set which she adorned with matching blouse which had this pink floral prints and embroidery all over. She topped the look with matching net dupatta. 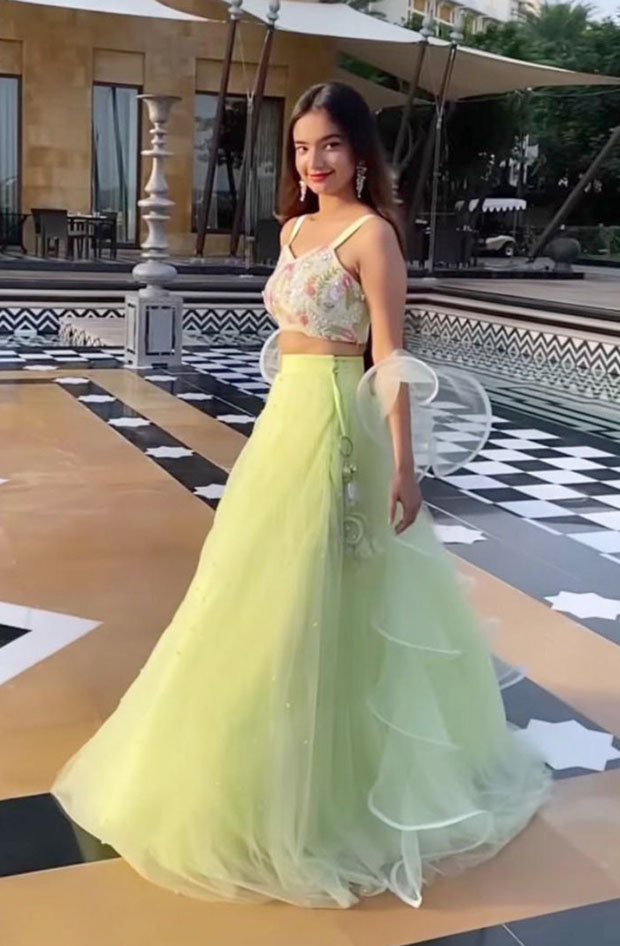 She kept her makeup subtle with red lips and hair all open as she twirled in delight to show off her outfit. She made that reel on Tony Kakker song ‘Sath kya Nibhaoge’ and also captioned it with the song lyrics “Aaj mere saath ho tum, kal kisi aur ke ho jaoge”.

On the work front, the actress was last seen in Khatron Ke Khiladi 11 which is being aired on Colors TV.

Also Read: Anushka Sen’s parents surprises her on her 19th birthday with a trip: shares pictures