Please Like Us!!!
DesiGoogly > Anmol Thakeria Dhillon of Tuesdays & Fridays says, “Watching Hrithik Roshan in Dhoom 2 inspired me to be an actor”

Anmol Thakeria, who recently made his debut with Sanjay Leela Bhansali Productions’ Tuesdays & Fridays, has been basking in the success of the film. The film had a digital release on Netflix and has been trending in the Top 10 category in India. While the actor was elated to have achieved this massive feat, in an exclusive conversation with Bollywood Hungama, he spoke about his future plans and what inspired him to be an actor. 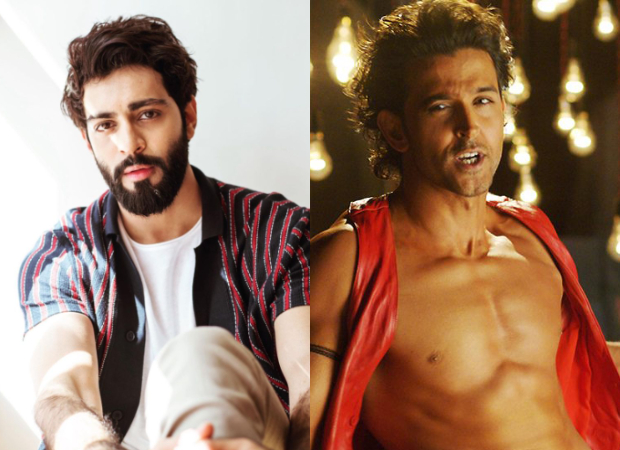 Even though he’s a star kid, making a big Bollywood debut with Sanjay Leela Bhansali Productions is quite an achievement. The actor’s performance was highly lauded and when asked about his reaction to bagging an SLB film, he said, “I still don’t believe that it has happened and that Sanjay Leela Bhansali is the producer behind it. I think for so many of young and aspiring actors, it’s such a dream to be associated with this man and this banner. So, for me it was more than I could imagine. It wasn’t even something that I thought of considering. I still find it surreal to believe that I have had the chance to work with him. It’s such a great feeling when someone picks you for your talent and auditions and performance, it gives you a lot of confidence as an actor and a performer. Someone like him picked you so it feels really great.”

With the lockdown being in effect since over a year now, theatrical releases of the films have come to a halt. Speaking of his apprehensions regarding Tuesdays & Fridays being a digital release rather than a theatrical one, Anmol said, “Obviously, originally this wasn’t the plan and what happened across the world could not possibly be predicted. So based over time, we have to look at the bigger picture and what we’ve all been going through. Films are supposed fun and entertaining but they’re not a part of the bigger problem. For me, just the fact that the film has released on a platform like Netflix with a massive viewership who are staying home and watching it, I think that in itself is a great sign. But yeah, if you look at it the positive way, I’m grateful that I have a full-fledged feature film releasing in such a time.”

With Tuesdays & Fridays being in the trending top 10 categories, Anmol’s reaction was certainly priceless. An ecstatic Anmol said, “It’s so weird that you’re on Netflix browsing like all of us do and then we’re so used to watching content and films and shows every day. Like when I switch it on and see my face there, it feels surreal. I’m like a kid in a candy store right now. So, I’m just excited. It feels really nice that the people are liking it and the number of messages I have been receiving has been overwhelming. A lot of people have told me that it’s bringing a smile to their face and in these times it’s such a big thing to make people smile and it’s the biggest victory for me.”

Being Poonam Dhillon’s son, we had to ask Anmol Thakeria about the veteran actress’ reaction to seeing him act for the first time. He said, “Like any other mother would be, she was super excited and jumping with joy. I think she’s very happy and very proud. The response that she has been getting from her colleagues and friends has made her a proud mom. She’s like, ‘Okay this is my son and people are finding him likable and charming’. So, I think she’s just very happy.”

With his future projects awaited by his fans, Anmol said, “People are enjoying my work now and I’m still weighing my options thinking what to do. But we’ll see soon what I’m planning. I’m still not done with the rom-com genre and I want to explore more of it. But, I also want to try other genres as well and I’m greedy who wants to do everything. I would love to play a character in a period film like Mr. Bhansali’s Bajirao Mastani and Padmaavat. I also want to play a musician because I loved Rockstar. I would love to do a blend of films like a sportsperson because I love playing football. I would love to explore different genres.”

Despite being a star kid, Anmol Thakeria found his inspiration in Hrithik Roshan to become an actor after his mother Poonam Dhillon. He said, “I think a big part was Dhoom 2. You see Hrithik Roshan on screen doing all these crazy stunts and performing exceptionally. The way he danced and the way he acted in the film, I remember being extremely methodized at that point and I said I want to do this. So, I think that was one of the major inspirations that kind of got me hooked to the profession. I think that main thing that worked for me was the song ‘Dhoom Machale’ and I was like I want to dance like that. Even though I’m a good dancer, I didn’t get to do it in Tuesdays & Fridays because I play an author. I remember asking my team to let me dance and they would tell me to dance in my future movies.”

Signing off, Anmol Thakeria thanked his fans and said that he is still getting used to the idea of having a group of fans that look forward to his future performances.