Please Like Us!!!
DesiGoogly > Amy Jackson is a diva in a short dress as she flaunts her long legs in a risqué slit high up the thigh

Amy Louise Jackson is a former Miss Teen World and has appeared in over fifteen films. She made her US debut in 2017 with Warner Brothers production of DC Comics Supergirl as Imra Ardeen/ Saturn Girl. Jackson’s most notable roles include her debut into the industry as Amy Wilkinson in Madrasapattinam, Sarah in action film Singh Is Bliing, and Nila in India’s most expensive film 2.0. 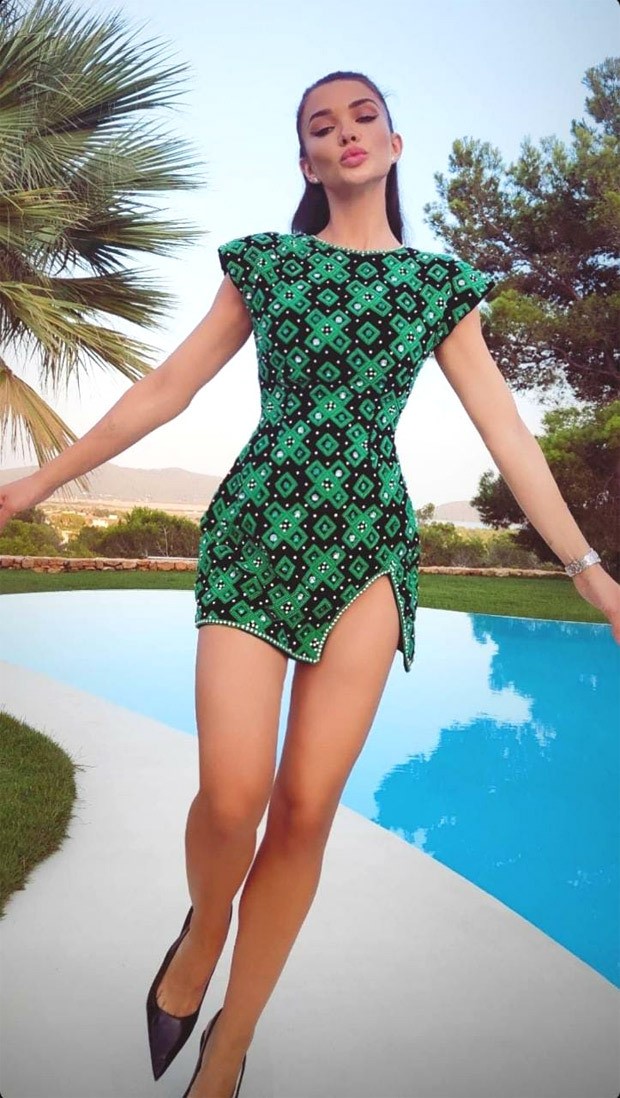 Amy was recently seen in a beautiful black and green dress. She is seen in a heavy black and green embroidered dress. It featured power boxy shoulder and a body hugging fit. The dress was cinched at the waist and had a short fit. The short dress had an embellished hemline with a round embellished high neck. The best part about the short dress was the risqué cur it featured up the thigh. Amy completed the look with pointy black pumps, a simple silver watch and tiny ear cuffs. Amy’s makeup is soft with, mascara lashes and baby pink pout. Amy looks gorgeous as ever as she shows off her long legs and envious figure.

Amy hasn’t done a lot of films in the last few years. She shares a daughter with partner George Panayatiou.