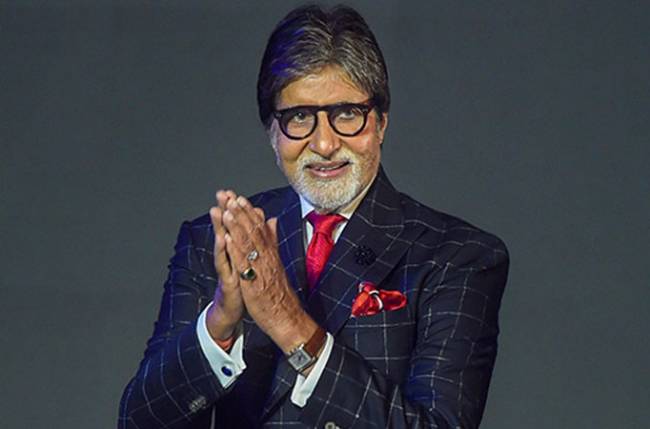 MUMBAI: If there is one superstar in Bollywood who is known for being extremely active on social media, it is Amitabh Bachchan. Often, Big B interacts with his fans on his social media handles and many love it. Amid the lockdown, the megastar has been spending time at home with his kids Abhishek Bachchan and Shweta Bachchan Nanda and often shares photos with them. Once again, he took to social media to drop an adorable post for his kids Shweta and Abhishek with a sweet query about them.

(Also Read: When Jaya Bachchan REVEALED she was frightened of Amitabh Bachchan)

Taking to social media, Big B shared a collage of two photos. In one of the photos, little Abhishek and baby Shweta can be seen visiting their dad on the sets of Amar Akbar Anthony. The childhood photo of the two gives fans a glimpse of their relationship with Amitabh Bachchan. Next up, Big B shared a throwback photo from a holiday where Shweta and Abhishek as adults can be seen striking a cool pose with him. The megastar wanted to know how his kids grew up so fast.

Amitabh Bachchan shared the photo and wrote, “कैसे इतने बड़े हो गये ?!(How did they get so big?)” Seeing the question, Shweta responded to her father in the comments. She wrote, “In the blink of an eye.”

Meanwhile, amid the lockdown several times, Big B has shared photos with his kids, grandkids Navya Naveli, Aaradhya and Agastya Nanda. On the work front, Amitabh Bachchan will be seen next in Ranbir Kapoor and Alia Bhatt starrer Brahmastra. The film also stars Dimple Kapadia, Nagarjuna Akkineni and Mouni Roy. It is slated to release on December 4, 2020.

(Also Read: Amitabh Bachchan misses this person the most during the lockdown)