Please Like Us!!!
DesiGoogly > Alia Bhatt starts her week with her furry friend Edward, See Pic

Alia Bhatt’s love for her pet cat Eddie is known to everyone. The white furry feline named Edward, has made several appearances on the actress and her sister Shaheen Bhatt’s social media handles. Taking to her Instagram account on Monday, Alia gave a glimpse of how she started her weekday and it has the most adorable appearance of Edward. In the photo, both of them can be seen lying lazily on the bed, staring at the camera. Captioning the photo, Alia wrote, “IRL (in real life) ????” 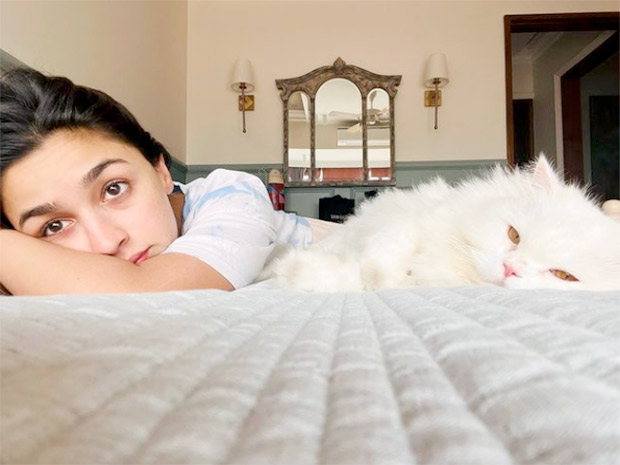 The actress’ mother Soni Razdan wrote in the comment section, “Oh Eddie in the beddie with Birdie… “

Meanwhile, on the work front, Alia has a series of projects lined up. She was recently in New Delhi for a Brahmastra fan event. The film will see her team up with her boyfriend Ranbir Kapoor for the first time on-screen. She was accompanied by Ranbir and the director Ayan Mukerji. The team released a motion poster introducing Ranbir’s character Shiva, who wields a ‘trishul’. The movie is set for September 9, 2022 release after multiple delays due to Covid and a long time that was spent in making it.

Alia is also set to star in Farhan Akhtar’s directorial Jee Le Zaraa alongside Katrina Kaif and Priyanka Chopra which is set to release in 2023.