Alaya F knows how to get all the jaws dropping and she doesn’t fail at it. All her Instagram posts are fire and her looks are on fleek. She recently finished filming Freddy with Kartik Aryan. 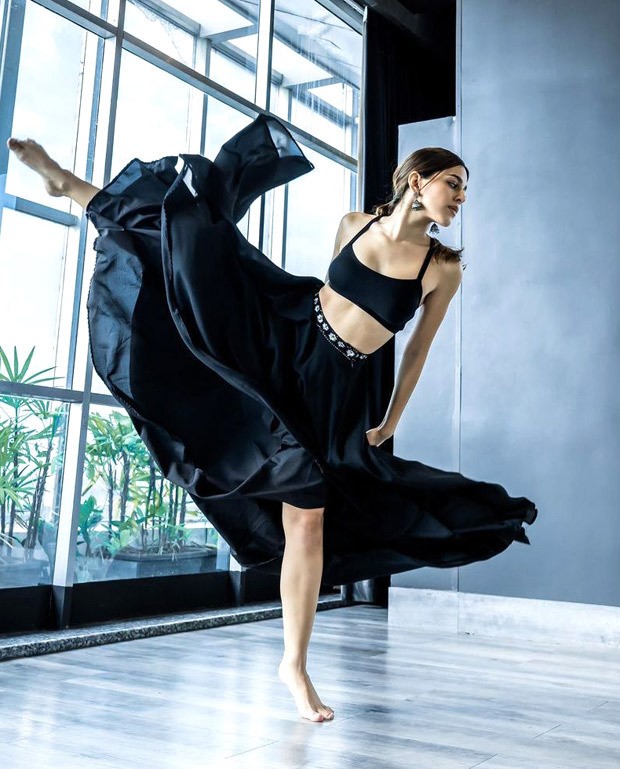 Alaya F looked stunning as she made a beautiful dance pose dressed in all black. She wore a black cropped singlet with a long flowy skirt. The black skirt featured an embroidered waist band. Alaya looks chic with a fresh face, simple makeup and kohled eyes with her hair in a messy ponytail with a serene expression. She accessorized the look with simple jhumkis.

After making her debut in Jawaani Jaaneman in 2020 starring alongside Saif Ali Khan and Tabu, she signed her second film under Ekta Kapoor’s production banner. Now, she is starring in another project under their banner opposite Kartik Aaryan. Titled Freddy, the film was recently officially announced.

Also Read: Kartik Aaryan asks Farah Khan to announce a film with him; trolls Bhumi Pednekar for her birthday wish