Please Like Us!!!
DesiGoogly > Alaya F enjoys floating breakfast in the pool in orange bikini in Maldives

Actress Alaya F has been documenting her holiday in the Maldives. After wrapping up her second film Freddy, the actress took of the island to spend some quality time by the beach at the picturesque location. 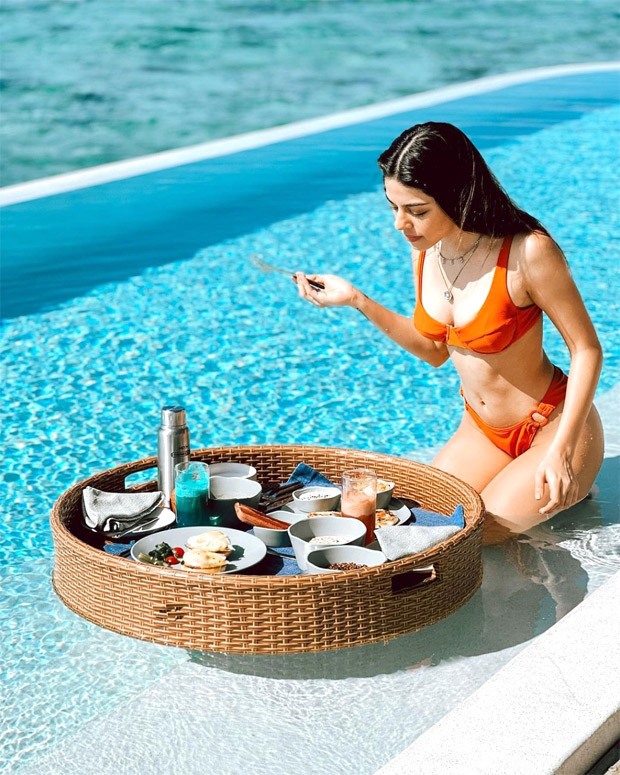 On Sunday, the actress shared two pictures of herself chilling in the pool. Flaunting her toned figure, she was dressed in an orange bikini while enjoying her floating breakfast. “Wait 30 mins after you eat, before you swim”
Meanwhile,” she captioned the post.

On the work front, Alaya F will be starring in Freddy opposite Kartik Aaryan. The filming has been completed. She will also star in Ekta Kapoor’s production next.