Please Like Us!!!
DesiGoogly > Akshay Kumar creates yet another Filhaal 2 reel with Nupur Sanon; asks fans to share their creative reels

Akshay Kumar’s second music video was recently released. The music video was a sequel to his 2020 music video ‘Filhaal’. The song also features Nupur Sanon. After the release of the song, Akshay Kumar had encouraged fans to make memes out of the videos and also make Instagram reels and promised to reshare the best and most creative entries on his handle. 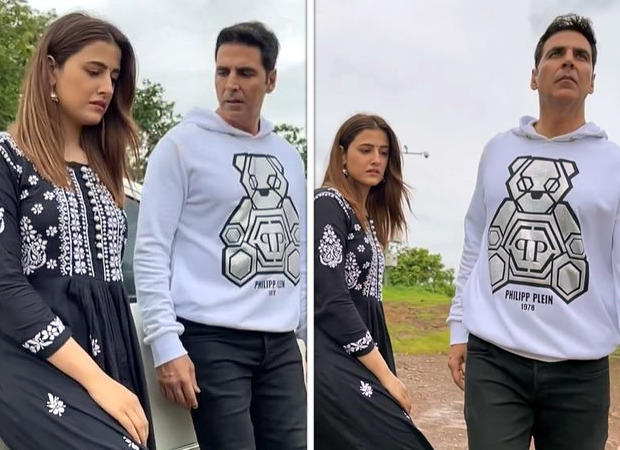 In order to encourage fans to take part in ‘Filhaal 2’ reels, Akshay Kumar himself recreated some verses of the song with Nupur Sanon. On Tuesday evening, he dropped a video with Nupur Sanon with the song paying in the background.

‘Filhaal 2’ is a love ballad sung by B Praak and stars Akshay with Nupur Sanon. Punjabi actor and singer Ammy Virk is also seen in the second part. Directed by Arvindr Khair, this soul-touching song depicts love and suffering. In an era of remakes, ‘Filhaal 2 Mohabbat’ sung by B Praak and written by Jaani is an original that has managed to hit the right chords.