Please Like Us!!!
DesiGoogly > Ajay Devgn and Tamannaah Bhatia engage in self promotion in the latest ad for Disney+Hotstar

On Wednesday, a picture of Ajay Devgn wearing a false beard was doing the rounds on social media. He also took to social media to share a video of him where he told people to not address him as Ajay as his real name is Sudarshan. This left people wondering what the actor is up to now. Well, we finally know the reason for the same. 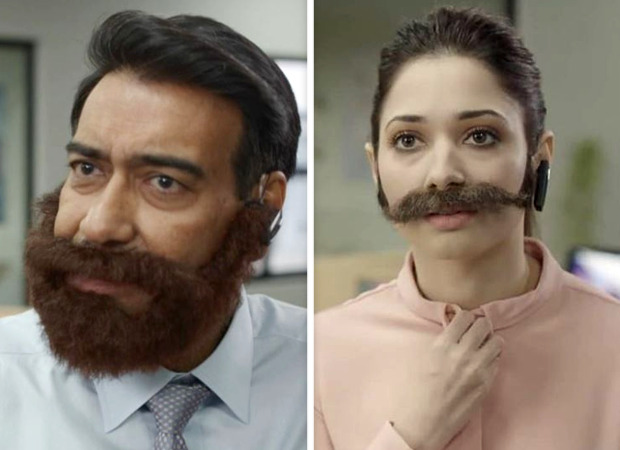 As part of a new ad for Disney+Hotstar, Ajay Devgn is seen praising himself and his movies in the new ad. However, he puts on a disguise and takes up the name of Sudarshan to promote Ajay Devgn, the actor. However no one is buying his act and they go on to tell him about the various content on the streaming platform. Take a look:


Similarly, the makers created a Tamil version of the ad where actress Tamannaah Bhatia is seen promoting her shows and films on the platform to a fellow coworker. She, too, was sporting a moustache and called herself Manickam. Ajay Devgn’s film The Big Bull which is produced by him will be streaming on Disney+Hotstar VIP from April 9. His film Bhuj: The Pride of India will also be streaming soon on the platform. As for Tamannaah Bhatia her film November Story will also be released on the platform.