Please Like Us!!!
DesiGoogly > After Aryan Khan gets bail, Shah Rukh Khan is all smiles as he poses with the legal team that represented his son

Shah Rukh Khan and Gauri Khan’s son Aryan Khan was granted bail by the Bombay High Court on Thursday. After three days of a bail hearing in the higher court, Justice Sambre granted bail to Aryan, Arbaaz Merchant, and Munmun Dhamecha in the drugs on cruise case. The three with a few others were arrested earlier this month by the Narcotics Control Bureau (NCB) after a raid on a cruise ship off the Mumbai coast. 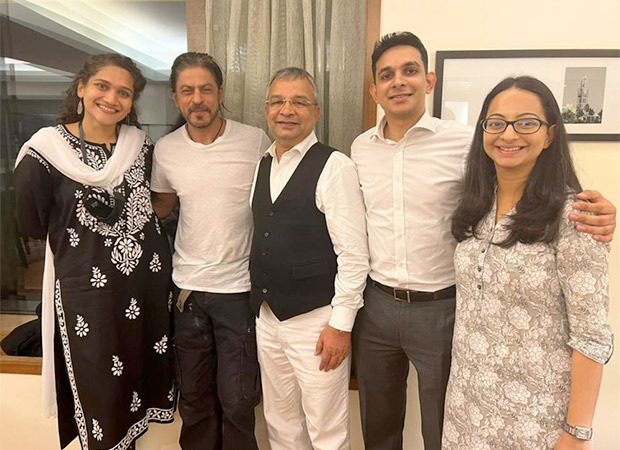 Hours after the bail order was passed, a picture of a happy Shah Rukh Khan surfaced online. In the pictures, he is seen posing with senior advocate Satish Maneshinde and his legal team who represented Aryan Khan at his hearings. Senior advocate Amit Desai and SRK’s manager Pooja Dadlani are also seen in the picture. 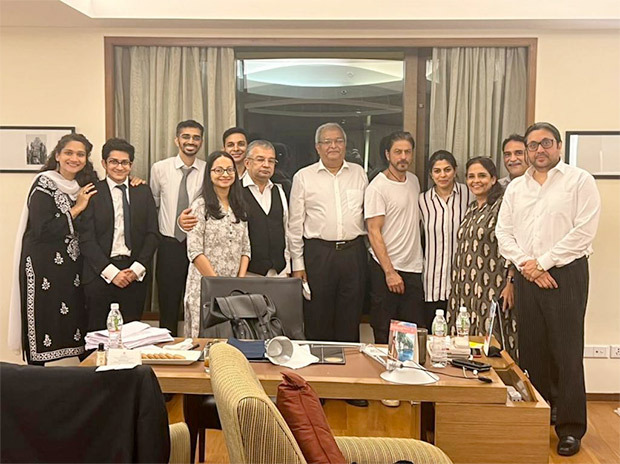 Meanwhile, Aryan Khan and the other two accused are currently in Arthur Road Jail and will be released after the Judge issues the complete bail order tomorrow. It surely comes as a perfect birthday gift to the superstar who will turn 56 on November 2.