Please Like Us!!!
DesiGoogly > Abhishek Banerjee on Ajeeb Daastaans: “The time we spent together on the sets was a lot of fun despite intense learning experience and dark storyline”

Abhishek Banerjee – the actor has stolen everyone’s hearts with his much-loved on-screen roles after his successful stint as a casting director. But with Netflix’s upcoming anthology film Ajeeb Daastaans, he found himself totally out of depth, and heat. Iron-ically (quite literally), Abhishek has never used iron in his life and his character of a laundryman demanded him to do so, calling him to stand around for hours and notice how the neighbourhood ‘presswalas’ go about their work. 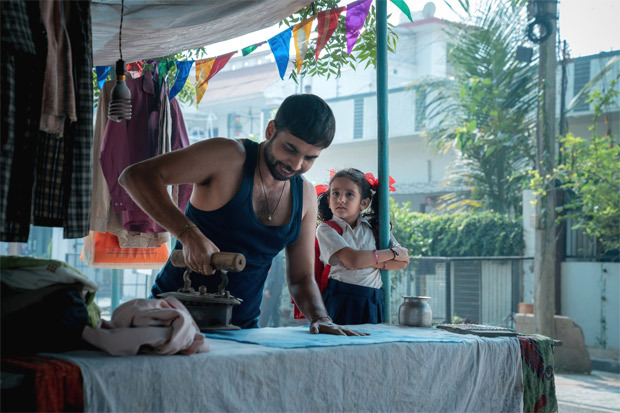 Starring in Raj Mehta’s short film Khilauna, along with Nushrrat Bharuccha and firecracker child actor Inayat Verma, he was quite thrilled to play this different character and learn how to iron clothes! Talking about his experience on the sets, Abhishek spoke about one of the most ironic things. He said, “My role was that of a pressman but the fun part is that I do not know how to iron, even with a normal home iron, let alone those big bulky coal ones. The first time when Raj watched me try, he knew I was no good at it. I had to learn it from scratch and realised that this was something my father and wife wanted me to learn all my life, and it’s finally happening on the sets of Ajeeb Daastaans. The time we spent together on the sets was a lot of fun despite the intense learning experience and the dark storyline. It did not feel like work at all and I’m glad I can at least iron and fold my clothes.”

The film is a story of games people play to survive. It highlights the prevalent manipulation in society and the impact that surroundings have on young minds. Ajeeb Daastaans brings together four unusual stories that dive into the complex themes of fractured relationships, and human emotions such as jealousy, entitlement, prejudices and toxicity, and their effects.

ALSO READ: EXCLUSIVE: “My character is very aggressive and doesn’t have any inhibitions” – Fatima Sana Shaikh on Ajeeb Daastaans